Alcatel has launched a new Galaxy Note competitor under the Hero 2 brand and a new tablet which goes by the Hero 8 moniker. Both devices were unveiled at the IFA 2014 expo and they are being touted with Android 4.4 KitKat out of the box as well as octa core processors.

The Alcatel Hero 2 is a 6-inch phablet and it positions itself as a cheaper alternative to Samsung’s 2013 Note device and not the new Note 4. The device delivers 1920 x 1080 pixel resolution and has a Dragontail Glass panel for scratch resistance. Doing the heavy lifting here is a 2GHz octa core MediaTek processor accompanied by 2GB RAM. 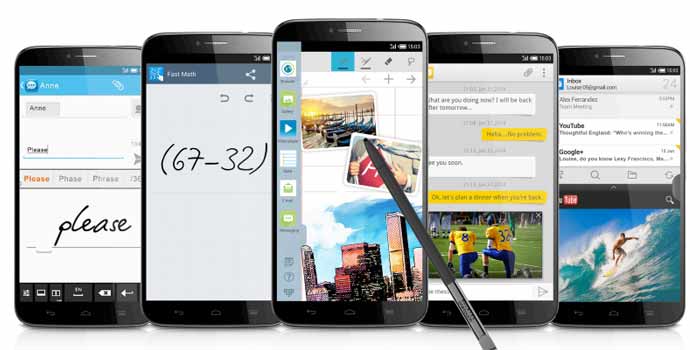 There’s 4G LTE compatibility as well, and other beefy components such as a 13.1MP rear camera, a 5MP front snapper, a 3100mAh battery and 16GB of internal storage. On the software-side, the company has included multi-window support, gesture controls and the facility to create handwritten memos as well as sketches with the included stylus.

Coming to the Hero 8, this tablet is an 8-inch release which also delivers FHD visuals at 1920 x 1200 pixel WUXGA resolution. The same 2GHz octa core processor delivers the steam here and there’s LTE connectivity as well. 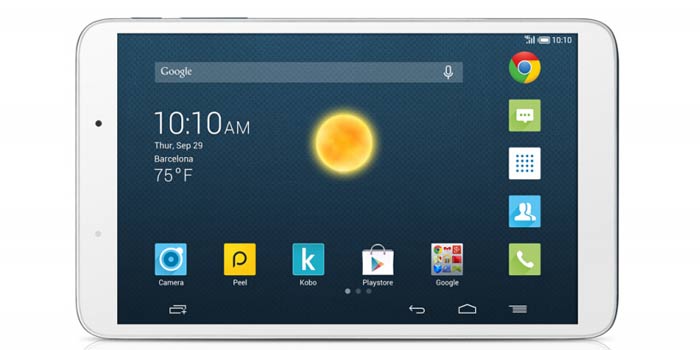 Here’s a detailed look at the Alcatel Hero 8 specs:

The Alcatel Hero 2 phablet and Hero 8 tablet will go on sale starting this month. Price and exact availability details are still under wraps.