Albatron Technology, today, announced the first mini tablet PC from the company. Named as the Tee PC, the tablet PC comes with a Windows CE 6.0 system that comes pre-installed with Windows applications like WordPad, Media Player and Internet Explorer. 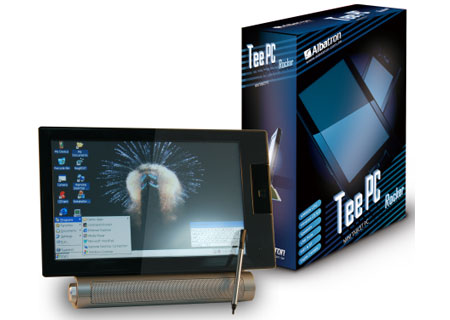 The technical specifications of Tee PC include:

The PC also comes with a support for expandable storage capacity via SD Card. The PC can stand up to 11 hours of continuous battery use, apparently.

Weighing just 343g, the tablet PC seems to be ready to ship, however Albatron has not released any pricing or availability details of the Tee PC.