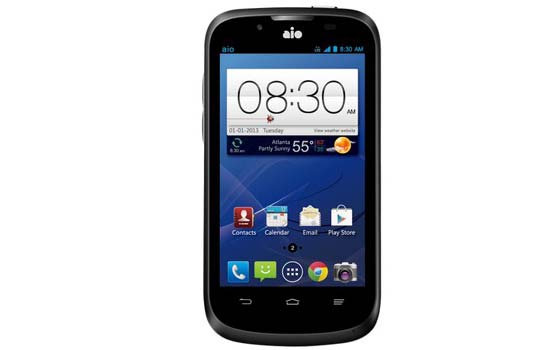 Aio Wireless has announced that it has flipped the switch on its 4G LTE service and has plans to launch the ZTE Overture next month. As of now, there isn’t much information on the ZTE smartphone, but it does appear to have a decent set of hardware as well as software offerings with Jelly Bean behind the wheel.

The carrier is a new player in the US which functions as a pre-paid subsidiary under AT&T and it commenced operations last month delivering service to customers sans any annual contracts. According to the press release, switching over to 4G LTE will be convenient for customers. The provider has already started sending out a free OTA update which makes existing SIM cards play nice with LTE bands.

That basically means users will be able to access to 4G services by simply switching over to a compatible handset. Coming to the smartphone in question, the ZTE Overture is designed with 4-inch LCD touchscreen, a 5MP rear camera, GPS and 32GB memory expandability.

Well, the ZTE Overture isn’t going to be the only handset from the Chinese manufacturer. The carrier is currently offering the Prelude and Altair handset from this company. The former is powered by the Android 4.1 platform and sports entry-level specs like a 3.2-inch HVGA display, a 2MP camera, a 1GHz Qualcomm, 512MB of RAM, 4GB flash storage and a 1500mAh battery amongst others. The latter, however, is a feature phone housing a QWERTY keyboard.

The carrier has currently deployed its services in Houston, Orlando, Tampa, Jacksonville and Gainesville. And starting next year, it plans on expanding into the US and various other markets. Currently, it offer 3 plans to choose from which start at $35. They tag along unlimited talk, text as well as data and come with a predefined amount of 4G LTE access.

Apart from availability starting next month, no other details like price, release date and concrete specifications have been provided with regards to the Overture smartphone. The carrier’s 4G LTE network is already live.