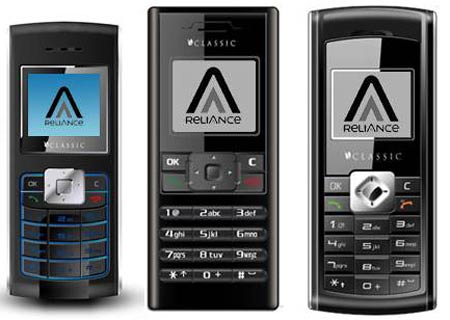 On May 2, Reliance Communications, India’s second largest private telecom operator and telecom business wing of Anil Dhirubhai Ambani Group, launched a range of affordable mobile handsets. For the first time in India, Reliance has introduced mobile phones for less than $19.

According to company President, Personal Business, S P Shukla, “Through our new ‘Classic’ range of feature-rich handsets, we are confident of extending the benefits of mobility to an entirely new segment of population in metros, small cities, as well as the rural hinterland of India.”

The newly launched affordable mobile phone belong to either the Color-FM series, or the Color Display, or Black and White display series. These Reliance phones are supported by a nationwide after-sales service network as well.

All the Reliance ‘Classic’ handsets are SIM-enabled, allowing customers to easily change from one model to another, while retaining the Reliance SIM card.