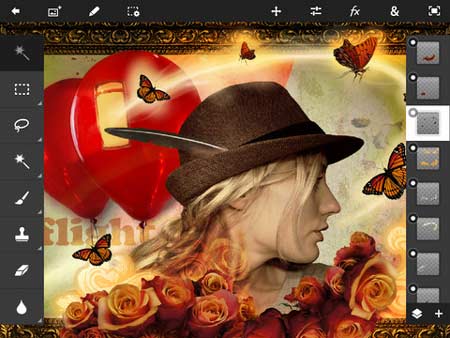 Adobe Photoshop Touch is now available for iOS and Android phones and can be purchased from the respective app stores. Hot on the heels of the tablet version, this app can boast of almost all the features of the tablet application and has been designed for smaller screens.

A set of powerful tools have been included with Photoshop Touch for phones as well, allowing for image justifications and corrections even when on the go. Just like the bulkier version, this one has many of the core attributes that make the program so useful. There is the ability to work with multiple layers so that data is always saved in different fragments and can be viewed or hidden when needed. 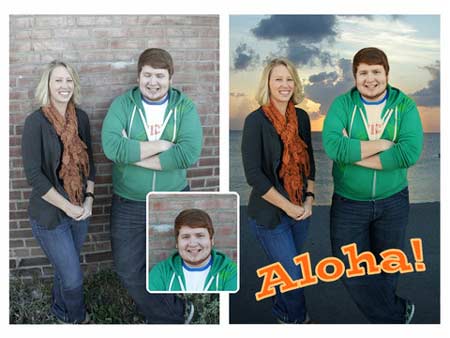 Working with smaller screens makes it more challenging to get things right, and that’s why advanced selection tools have been included. Something that’s exclusive to the mobile version of the software is Scribble Selection which allows selecting portions of an image with high-precision using only a finger.

A bunch of adjustments and filters have been thrown into the mix, letting users make pictures come to life with an added level of vibrancy such as ‘color drops’, ‘acrylic paint’ and even a new ripple filter. Camera Fill is another nice addition, and allow people to use their handset’s camera to merge parts of an image with totally different scenes and backgrounds. This is ‘real-time creative blending’ of users’ camera feed with layers, as Stephen Nielson puts it on the official Photoshop blog.

And there is another nifty thing for those who love working on the cloud. All projects created on mobile devices can be made to sync automatically with the PC and tablet versions of the software. This means that users can continue working on images at their desk but will need CS 5.1 or later. The full resolution of images will be saved and all the layers will be kept intact. Every customer with a free Creative Cloud account can use this capability. 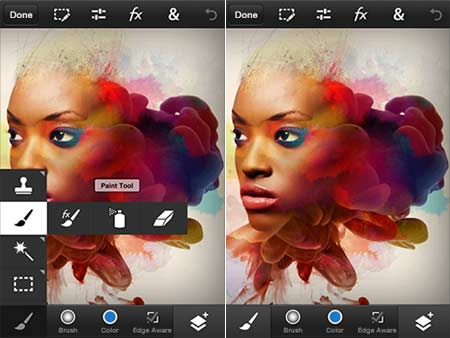 The Adobe Photoshop Touch app for the iPhone and Android smartphones is available on iTunes and the Google Play store for $4.99. Users must purchase the tablet version in order to make project accessible on these devices.