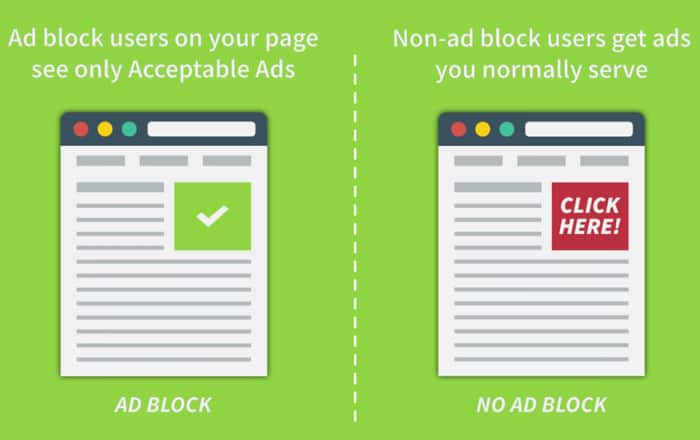 Adblock Plus has launched a new product called the Acceptable Ads Platform for publishers to insert ads on their website. The service comes across as a massive about-turn for a company that has always prided itself on ridding the internet of annoying ads.

The Acceptable Ads Platform is actually an expansion of the company’s Acceptable Ads program which has been around since 2011. The latter whitelists certain ads which appear on sites even when users have the ad blocker switched on. However, the entire process would take weeks to endorse, not to mention the fact that sites had to pay an ad-blocking service to show ads.

The new Acceptable Ads Platform is looking to cut down processing time to seconds, hoping publishers will be more eager to embrace the offering now that they just have to drag-and-drop pre-whitelisted ads. Adblock Plus patrons will only see these approved ads, while non-users will be showcased the normal advertisements which run on the site.

Adblock Plus maintains that consumers will be able to switch off Acceptable Ads. This should come as a relief to people since they’ll still have a choice to get rid of ads completely, though it will probably be seen as a drawback by websites since they’ll be paying a premium to run those whitelisted promotions with no guarantee on how many individuals it’ll reach.

The Acceptable Ads Platform is currently in its beta avatar and will be rolled out fully formed later this year. Adblock Plus is also looking to nail down its Acceptable Ad guidelines by forming an independent committee which will supposedly make the whitelist more transparent. The group is set to meet sometime in 2016.