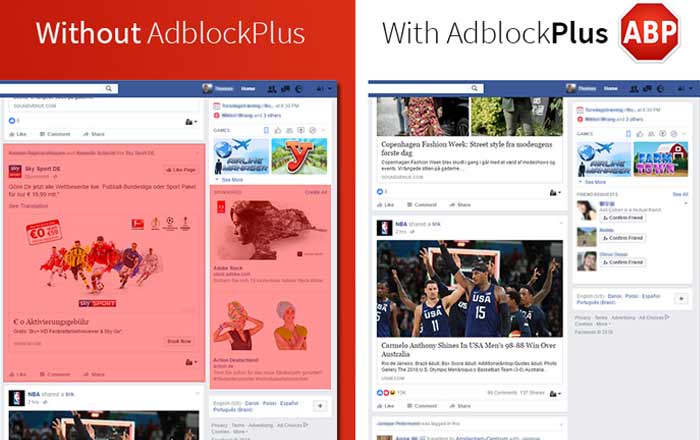 It’s only been a few days since Facebook declared an all-out war against ad blockers, introducing a new system which would stop them from hiding ads. Adblock Plus, one of the biggest names in the business, now claims that it’s found a way around the social networking platform’s armor.

To recap, Facebook announced that it was transforming the way advertisements were seen on its website by updating its ad preferences settings so users could choose what promotions they wanted to view. The company also said that it would start showing ads to desktop users even if they utilized ad blockers.

This decision inspired a widespread backlash, with Adblock Plus going as far as to call the move a dark path against user choice. It also vaguely promised to do something about the situation. It’s now come through on its assertions, releasing a new filter which can apparently squirrel through Facebook’s defenses.

Adblock Plus announced the new filter in a blog post. According to its spokesman Ben Williams, the software managed to churn out the filter quickly thanks to the efforts of the open source web community. Individuals can choose to either manually add the new filter or just wait for the list to update itself automatically in a day or so.

However, it should be noted that the new filter has not been heavily tested and could be rendered useless at any time by Facebook. Williams admits that there might be situations where it’s blocking more or less than it should and is asking people to come forward if they experience such an issue. The site has seized upon this scenario as proof of the method’s faults.

As per Facebook, Adblock Plus’ system hides posts from friends and Pages along with ads. It even called the move a punishment for people and vowed to address the issue. TechCrunch claims that the former has already begun combating the latter’s filter with a code update that will disable the workaround.