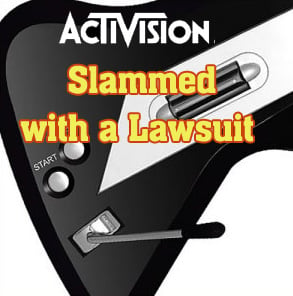 A week back, we had reported about Activision’s announcement of issuing re-mastered Guitar Hero III discs to Wii owners by early 2008. The reason Activision was taking this step was because the game which claimed to have Dolby Pro Logic II surround sound, in reality had the basic mono audio.

Though Activision did declare that the new revamped GHIII would definitely reach the respective customers till early 2008, Samuel Livingston of San Diego, California seemed to be more irate than the rest over the issue and has already dragged the American computer and video game company to court. Livingston has filed a class action lawsuit against Activision alleging that consumers “would not have purchased the Guitar Hero III video game and/or paid as much for it had they known the truth about the product.” The lawsuit is represented by the law firm KamberEdelson, LLC.

In response to the occurrence of the problem, Activision had issued a statement stating:

We recently became aware that some consumers have not been able to enjoy the full audio output in the Wii version of Guitar Hero III: Legends of Rock. We are currently working with Nintendo and are planning to issue an improved audio experience in future versions of the game. We expect to have re-mastered discs available by early 2008 and we will be offering consumers replacement discs at no cost once they become available. We thank all of our customers for their support and patience.

Now what’s most shocking is that the lawsuit states that Activision is still selling the Wii version of Guitar Hero III at retail outlets.