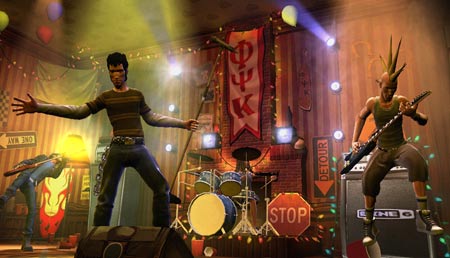 Activision and Logitech have together announced to develop premium instruments for Guitar Hero World Tour. The game is expected to be available on Xbox 360, PlayStation 3 and Nintendo Wii this fall.

Activision and Logitech intend to ship the instruments for each of these platforms.

“As huge fans of Guitar Hero, we are very excited about the opportunity to bring the Logitech experience to the Guitar Hero franchise,” said Bruce Lancaster, vice president and general manager of Logitech’s gaming business. “A few years ago, Logitech refined the consumer steering wheel market with high-end controllers that enhance racing games. Now we are looking forward to elevating the market for premium music-based video game controllers in a similar fashion.”

The Guitar Hero World Tour is one of the most anticipated games of this year. The game will support toy musical instruments including redesigned guitar, drum kit and microphone.

Logitech has yet to announce exactly which peripherals it plans to offer.