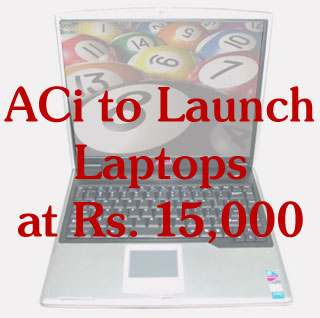 Last year ACi had made available low priced laptops at the price of Rs. 20,000. ACi’s chairman-cum-managing director Hirji Patel told IANS that after the success of the twenty thousand rupees laptops the company now plans on opening its own showroom in India. ACi may also tie-up with malls and retail showroom franchisees.

“We plan to increase our production from the existing 10,000 laptops to 100,000 per year. As a first step towards achieving this, we hope to garner Rs.60 million through the IPO which opened Friday,” said Patel.

ACi has a record of launching cheap cost laptops. ACi launched laptops at the price of Rs. 29,999 in 2004 sending prices of laptop’s crashing in the country. ACi manages to launch such low priced laptops by providing an innovative aluminum body rather than fiber or plastic to the laptops.