Aces of the Galaxy and Roogoo to Arrive on Xbox Live 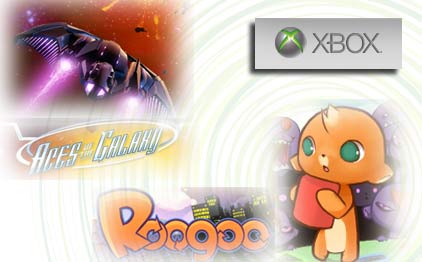 You have loved playing the fantastic 3D action and adventure games, but if you feel the need to pump up some action using old fashioned arcade games, then the Aces of the Galaxy would be a game that would serve the purpose. The game will involve players shooting through space to protect the universe from the vicious trap of the Skurgian Empire. Get back to the Golden memories while you annihilate enemy ships and handle fierce high-powered missile launchers, devastating torpedoes and the relentless chain gun.

After you have saved the universe from the engulfing claws of Skurgian Empire, put some pressure on your brain power with the puzzling game of Roogoo which involves defeating enemies and taking control over the puzzling map. The game gets trickier with Evil Meemoos obstructing the paths, and butterflies which attempt to steal blocks away. The cute little Roogoo will have to roll and move on through the 45 tricky levels.

The two games promise light hearted action and adventure on the Xbox gaming experience which will give re-birth to the arcade games. The Xbox Live arcade, which is proud of its variety of games, will be able to add on a little more pride on to its shoulder with the addition of Aces of the Galaxy and Roogoo to their community.