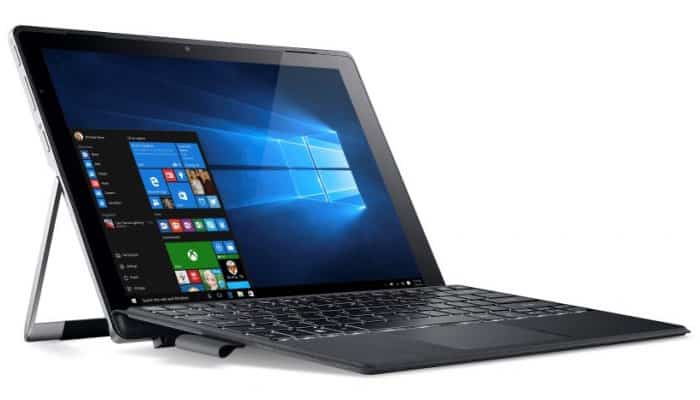 Liquid cooling systems are usually the stronghold of large gaming workstations or laptops, with most laptops nowadays opting for a regular fan-based setup. Acer’s new Switch Alpha 12 is trying to change that by becoming the first fanless 2-in-1 to use Intel’s 6th-generation Core i3, i5 or i7 processor.

Dubbed Acer LiquidLoop, the supposedly silent system helps the Switch Alpha 12 maintain a stable temperature and deliver an 8 hour battery life in combination with the Intel Skylake CPU. The brand claims it also raises the laptop’s reliability levels since the fanless style means that venting isn’t held back by airflow issues or dust buildup.

The Switch Alpha 12 ships with a built-in kickstand and detachable keyboard. Buyers also get the option of purchasing a separate backlit keyboard and Acer Active Pen. The hybrid carries a 12-inch touchscreen with a resolution of 2160 x 1440p and runs on Windows 10.

Design-wise, the new notebook looks pretty similar to the Surface Pro 4 with its brushed aluminum chassis. It could even be positioned as a cheaper alternative to the latter given its $599 starting price tag, though it notably looks less premium than the Microsoft offering.

A quick summary of the main specifications of the Acer Switch Alpha 12:

The Acer Switch Alpha 12 is set to be sold in North America starting at $599 in June this year. It’ll be available in EMEA (Europe, the Middle East and Africa) in May at €699. China will also get the notebook sometime in May at CNY 5999.