Now that Acer has re-entered the Indian smartphone market with two new phones, it could be launching a third handset pretty soon. The Liquid Jade S has been officially unveiled in Taiwan and it’s said to be en route to the country in question as its product page has gone live on the OEM’s website.

The phone features a pretty stylish design where the sides are well curved and the thickness is pretty low, at 7.78mm. The Acer Liquid Jade S is also a lightweight option as it tips the scales at only 116 grams. A rather large 5MP snapper can be found on the front along with a 5-inch display that’s under the protection of Corning Gorilla Glass 3. 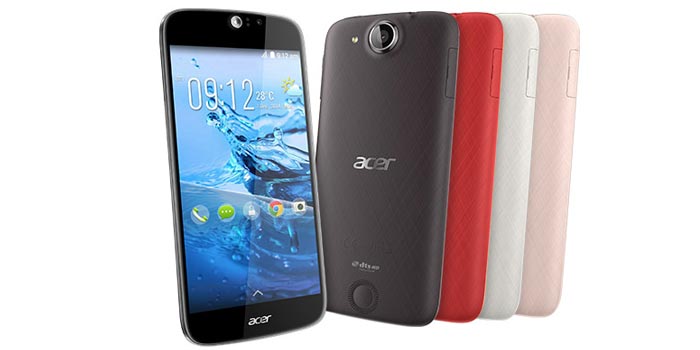 And the sensor on the rear is rated at 13MP. The touchscreen proffers visuals in 720p HD resolution. What makes the phone a great pick is that it comes with the latest 64-bit octa core processor from MediaTek. The chipset is clocked at 1.5GHz and is accompanied by 2GB of RAM.

16GB of flash storage has also been included along with a microSD card slot for expansion. The Liquid Jade S is powered by Android 4.4 KitKat and will probably get updated to Lollipop in the near future. Additionally, it comes with dual SIM capabilities and LTE support.

PhoneArena is reporting that he Acer Liquid Jade S will go on sale in Taiwan for TWD6990. You can expect it to reach India carrying a retail tag of Rs 13895.