Acer’s tablet portfolio has mostly been affordable releases and its new addition, the Iconia Tab 10, is no exception. And despite it carrying a retail price of just $249, the company has managed to deliver quite a nifty device with great entertainment features.

Let’s start with the main highlights of the Acer Iconia Tab 10. The tablet, as its name suggest, falls in the 10.1-inch category. It’s basically designed for entertainment and while most other options on the market offer HD or 1080p screens, this one has a 1920 x 1200 pixel IPS LCD with the company’s own Zero Air Gap touch panel. 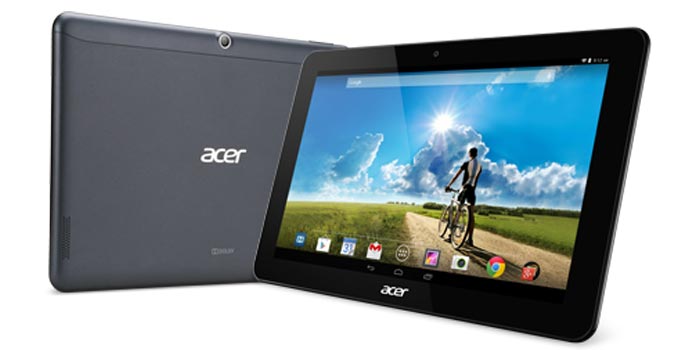 That’s not all – The Acer device is also coated with Corning Gorilla Glass 4 to make it highly resistant to scratches, and there’s an anti-fingerprint coating as well, for a clean screen. Design-wise, the tablet is a pretty average looking one, but it does have an aluminum rear cover for extra toughness. The company has also incorporated Dolby audio technology for a rich surround sound experience.

The Iconia Tab 10 is powered by a 1.5GHz quad core MediaTek processor based on the Cortex A7. It runs Android 4.4 KitKat and an update to Lollipop has been promised. Apart from these features, the device packs 2GB RAM, 32GB internal storage, a 5MP rear camera, a 2MP front shooter and HDMI output.

The Acer Iconia Tab 10 has gone on sale through the company’s online store and other retailers.