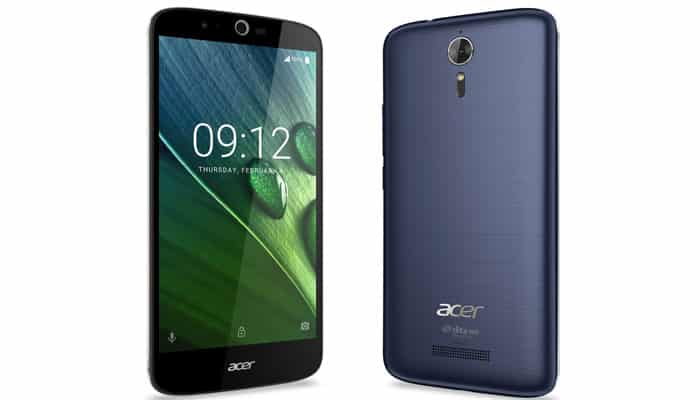 Acer has officially announced the Liquid Zest Plus alongside a number of laptops, desktops and gaming notebooks at an event in New York. The new smartphone is set to be sold in the US and has been priced at $250 (roughly Rs 16000).

The main talking point when it comes to the Acer Liquid Zest Plus is its gargantuan 5000mAh battery. The brand claims it can power the device for up to 3 days and has further blessed it with quick charging technology, a useful feature for such a huge unit.

The Acer phone will be up against devices like the Asus ZenFone Max and Lenovo Vibe P1 Turbo, both of which also offer a 5000mAh battery. The company is looking to further set the handset apart from its competitors by equipping it with a 13MP hybrid Tri-Focus rear camera.

The hybrid Tri-focus system simply means that the Liquid Zest Plus’ snapper combines laser, phase detection and contrast detection autofocus for superior focusing while clicking images. Other highlights of the phone include the fact that it runs on Android 6.0 Marshmallow out-of-the-box and offers DTS-HD premium sound.

Parsing through the Acer device’s other specs, it flaunts a 5MP wide-angle front-facing shooter for selfies and shows off its visuals via a 5.5-inch IPS 720p zero air gap screen. A 1.3GHz quad-core MediaTek MT6735 processor runs the show here, assisted in its efforts by a Mali-T720 GPU and 2GB of RAM.

Here’s a neat look at the top specs of the Acer Liquid Zest Plus:

We’ll let you know if the Acer Liquid Zest Plus ventures into international waters anytime soon.