Acer V350 given away by benchmark test: report 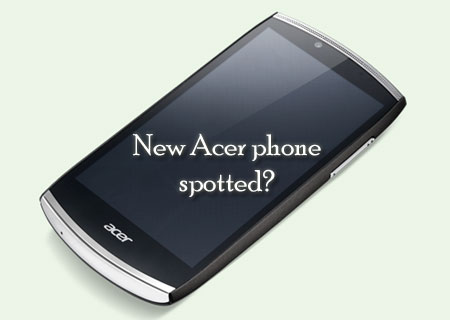 The Acer V350, a new Android smartphone, is possibly in the works. And in the weeks leading up to the CES which is scheduled to take place next year between January 8 and January 11, the number of leaks, teasers and rumors has been bumped up by a huge amount. In fact, we just heard about the BlackBerry Z10, RIM’s alleged new flagship phone running BlackBerry 10 OS.

Judging by the specifications of the Acer handset as spotted by Phone Arena on a GLBenchmark result, we must say it looks interesting. It will apparently run a version of Jelly Bean, for now pegged at Android v4.1.2, right out of the box, giving users a smooth alternative to Ice Cream Sandwich, among a host of other things.

Another character trait revealed is that the V350 will be based on the MSM8960 chipset which is becoming something of a commonplace feature to have in today’s cell phone market. It will incorporate a dual core Qualcomm Snapdragon S4 processor, which clocks in at a speed of 1.5GHz. No word has come out on how much RAM it packs under the hood or its internal storage capacity.

And although the device’s physical screen size has not come to the fore, the result of the benchmark test it was put through points at a display with a resolution of 1196 x 720 pixels. This means that the screen is HD and will be capable of running 720p video. Likewise, there is no information on what kind of camera the smartphone will come with and whether it will feature a front-facing snapper for added photo and video functionality.

Whether or not the Acer V350 turns out to be the real deal or whether the name is just a placeholder for something else altogether, we will probably only have to wait until the CES or the MWC – which comes at us later on in February – to know for sure.

Again, keep in mind that the available specifications given below are those revealed by the benchmark and could differ from the actual product.