Even though the W3 didn’t quite manage to make the cut in the 8-inch tablet market, Acer isn’t giving up just yet. The company has announced a successor, the Iconia W4, which runs on the recently launched version of Windows which is 8.1 and is powered by the latest power efficient fourth generation SOCs from Intel.

The Iconia W4 is quite similar to its predecessor in appearance, but with the presence of various refinements. The main improvement is that the device comes with an upgraded processor, a 1.8GHz Intel Atom CPU that’s based on the Bay Trail architecture. Like the W3, this slate features an 8-nch LCD touchscreen with 1280 x 800 pixel resolutions. 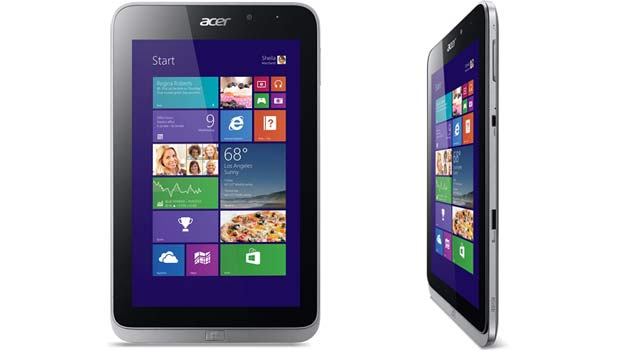 However, this panel is designed with Zero Air Gap technology which delivers less reflections and better readability even in bright lighting. Accompanying it is a 2MP 1080p webcam, while the rear sports a 5MP camera instead of a 2MP one. The slate comes in 32GB and 64GB models.

On a single charge, the Iconia W4 is estimated to deliver up to 10 hours of web browsing or around 8 hours of video playback. The company has also unveiled the Crunch Keyboard accessory which connects to the tablet via Bluetooth and can be used as a cover as well as a stand. Then there’s the Crunch Cover that’s coated with durable microfibers. With this, the slate can be positioned at different angles for better visibility. 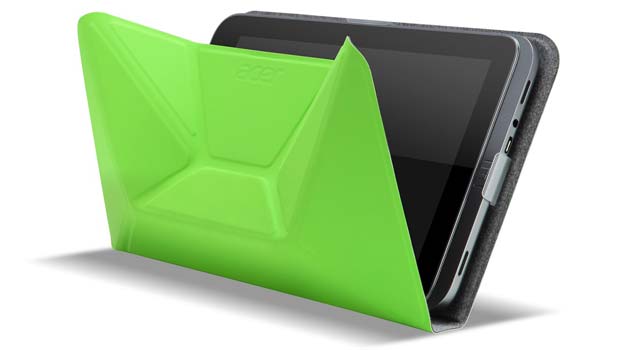