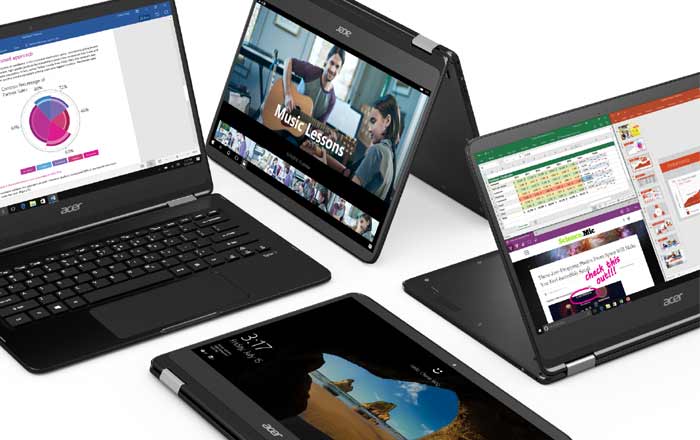 Acer’s officially brought the Spin 7 to India, several months after debuting the laptop at the IFA 2016. The notebook’s claim to fame is its 10.98mm thickness, a dimension which the brand claims makes it the thinnest convertible notebook in the world right now.

The Spin 7 is also pretty light, weighing in at 1.2kg only. The device won’t come cheap though, with the brand slapping it with an astronomical Rs 109000 price tag. For that much, users will be getting their hands on an all-aluminum offering which can be spun around 360 degrees to access 4 different modes namely laptop, tablet, display and tent.

Acer claims that it’s managed to fit a 14-inch full HD narrow bezel panel onto a 13-inch chassis. The convertible’s touch-enabled screen has also been layered over with Gorilla Glass for protection against minor scratches and falls.

The brand also touts that the Spin 7 has an 8-hour battery life courtesy its 4-cell 2770mAh battery. The notebook has further been equipped with Dolby Audio Premium technology which has been enhanced with the firm’s TrueHarmony speakers. The latter takes advantage of a paper cone design to blast out more accurate and fuller-bodied sound.

A quick look at the top specifications of the Acer Spin 7:

The speakers are additionally capable of reversing audio channel output based on the screen’s orientation. The Acer Spin 7 will be sold via offline stores across the country. Like we said above, you’ll have to shell out Rs 109000 for the convertible.