Acer has announced that its One convertible laptop which was launched in India back in February is no longer exclusive to Amazon. The company goes on to say that it has expanded availability of the 2-in-1 to retail stores across the country which means that you can conveniently head over to a nearby major outlet and check out the notebook for yourself before purchasing it.

The price for the Acer One remains the same through, at Rs 19999. Even so, the laptop is amongst the cheapest convertible options on the market. The device can be used in multiple modes, namely display, pad, tent and notebook, which are designed for specific purposes like typing, viewing and sharing. 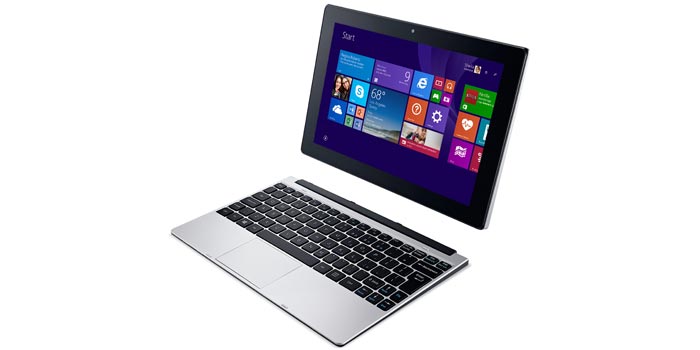 The 2-in-1 design is made possible through a magnetic hinge which is latch-less, permitting smooth docking and undocking. The Acer notebook isn’t a high performance release, but it does pack quite a punch owing to the 1.33GHz quad core Bay Trail processor from Intel ticking on the inside.

Since the One convertible has a dockable design, the majority of hardware is found beneath the 10-inch HD touch display. For memory, you can choose between 1GB or 2GB of RAM, while 32GB flash storage is standard on all models. The keyboard portion also packs a touchpad and other great features such as a 500GB HDD and a full-size USB port.

The aforementioned retail tag is for the Acer One with 1GB of RAM, while the cost for the 2GB model is yet to be disclosed.