Acer has revealed four new handsets for its 2014 portfolio which includes the Liquid X1 which should fall in the high-end category. The handset comes with an octa core processor and it has 4G LTE support along with various other alluring features.

The Acer Liquid X1 is a mammoth of a smartphone. It features a 5.7-inch display that’s based on the company’s Zero Air Gap design and the overall form factor is said to be lightweight. Acer hasn’t provided any specifics on the panel’s resolution, but we expect it to be 720p at the least. 1080p is also a viable option, but no company would cross that out from an official presser. The device tips the scales at 160 grams which is pretty decent for its size. 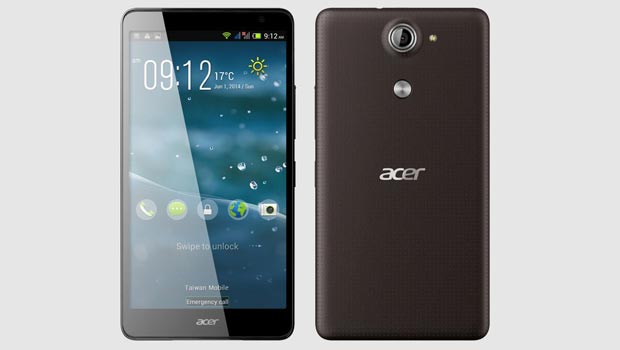 As mentioned above, an octa core processor delivers the steam here. The chipset comes with a clock speed of 1.7GHz, but no make or the architecture used has been disclosed. Our best guess here is that the company is using a MediaTek SOC, the same MT6595 chip we seen get leaks with an upcoming ZTE phone. The smartphone also comes with 2GB RAM, a microSD card slot, a 2MP front snapper, a 13MP rear camera with an f/1.8 aperture and LTE Category 4 support.

Like the other new Acer phones, this one should also have KitKat onboard. The company is even throwing in its Zoom Fit, AcerRapid and AcerFloat enhancements which are aimed towards making the UI optimal for single hand use.

The Acer Liquid X1 will go on sale sometime during Q3 2014. No price or release date information has been revealed.