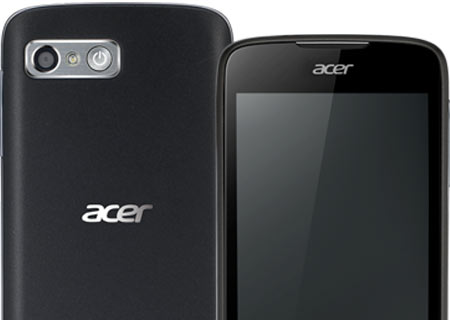 The Acer Liquid S1 that is expected to go on sale in Europe during Q3 2013 for below €350 has been unveiled along with a new portfolio of devices for 2013. The smartphone is Acer’s first foray into the phablet category and it’s designed to be an all-rounder by combining the productivity of a tablet with multimedia-rich features of Android handsets.

The Acer Liquid S1 is a tad larger than the Note 2 and is nearly as big as the Galaxy Mega 5.8. The handset comes in shades of matte black or white and is designed with a minimalistic form factor with aluminum side grips. It has an HD display of 1280 x 720p resolution on the front which measures 5.7 inches wide. The Android Jelly Bean 4.2 platform is what buyers will get out of the box, accompanied by numerous enhancements.

They include a tool for viewing documents whist on the move, and Remote Files for accessing a home or work PC straight from the Acer Liquid S1. The Float UI brings in enhanced multitasking by allowing users to have multiple applications running simultaneously. This attribute is called Float Apps which displays widget-size windows over a translucent screen, much like Small Apps in the Xperia Z.

Compatible tools include camera, maps, calculator and notes. There’s a Float Caller notification as well, which provides an alert for incoming calls without disturbing users. Along with DTS Studio Sound, a Live Screen app has been provided to enable 2-way group sharing in real time.

On the specifications front, no concrete details have been divulged with regards to the dimensions and weight of the Acer Liquid S1. Accompanying the display is a front-facing 88-degree wide-angle 24mm lens for video calling and capturing self-portraits. Also, there’s no information as yet on the rear camera and its megapixel count. Powering up the device is a quad core 1.5GHz processor.

The Liquid S1 is expected to go on sale in single and dual SIM variants sometime during Q3 2013 for a starting price of €349 in countries such as France, Belgium, Netherlands, Ukraine, Russia, UK, Germany, Spain and Italy.