Acer Liquid Glow smartphone to be unveiled at MWC 2012 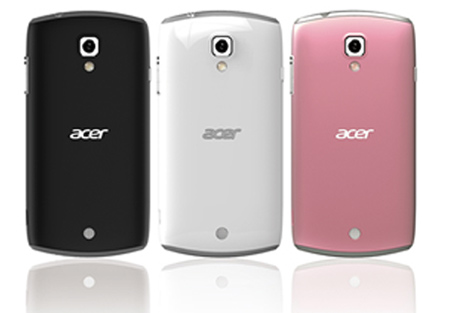 Amongst the many other gadgets reported to be peeking out of the curtains at the MWC this year, the Acer Liquid Glow smartphone will be seen making its presence felt during the event. The offering will come draped in shades of what the company is referring to as alpine white, cat’s-eye black and sakura pink.

The device’s styling of the onscreen display depends on the color its outer shell comes coated in. Additionally, the handset is complete with chrome details, neat curves and a soft touch casing to deliver an enhanced grip for users on the go. The mobile phone is being targeted towards the youth, given the attention to its chic details. Furthermore, it is also expected to wear an affordable price tag in the bid to cater to the current generation. The front panel dons a 3.7-inch display, while the rear section is bestowed with a 5MP snapper. 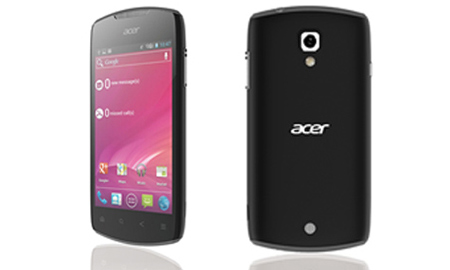 The primary camera features an LED flash and facilitates capturing panoramic images with touch focus. In addition to the aforementioned attributes, the fact that the phone runs on Ice Cream Sandwich may just lift the spirits of Android fans. Thanks to the inclusion of this OS, seamless content sharing via Android Beam can be indulged in via the handset. Plus, the device is also capable of functioning with Google’s voice-input engine to deliver an ‘open microphone’ experience of sorts.

The Acer Liquid Glow release date and price have been kept under wraps for now, but it can be expected to hit availability status in early summer this year.