Acer has revealed a trio of tablets at the ongoing IFA 2014 expo and they comprise of the Windows powered Iconia Tab 8 W as well as the Android-based Iconia 10 and One 8. The Microsoft-backed device falls in the super affordable category carrying a price of just $150, while the other two slates are tagged at €149 and $199, respectively.

The Acer Iconia Tab 8 W isn’t alone in the super-affordable category. Toshiba unveiled its Encore Mini tablet which offers a 7-inch panel and a $120 price tag. Well, the former slate is a bit larger since it packs an 8-inch panel and it also proffers 1280 x 800 pixel visuals. 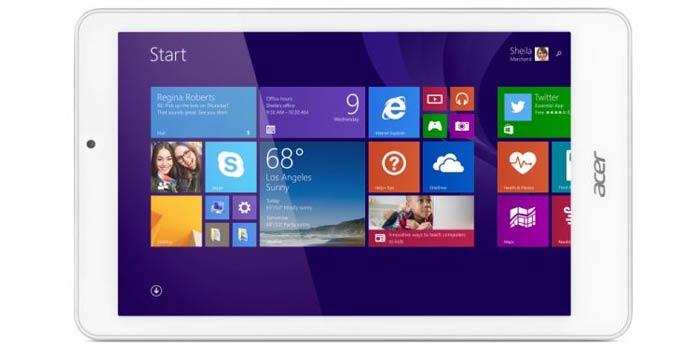 The Intel Atom quad core Z3735G processor does the heavy lifting and it’s capable of providing 8 hours of battery life on a single charge. Apart from these features, you also get 1GB RAM, 32GB storage and a free 1-year subscription to Microsoft Office 365 Personal amongst others. The slate is 0.4 inches thick and it weighs around 13 ounces.

Also read: Toshiba’s $120 Encore Mini is the first of many affordable Windows 8.1 tablets

Shifting focus back onto the Acer Iconia One 8 tablet, this piece of hardware is basically the Tab 8 W, but with Android 4.4 KitKat preloaded. The specs are the same as the latter’s and there are no modifications on the design front either. Where the Iconia 10 is concerned, Acer is deploying it with a MediaTek processor and front-facing speakers. 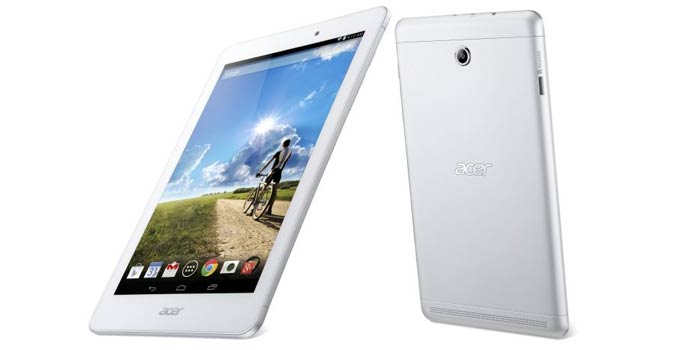 Acer Iconia 10 key specs can be found below: 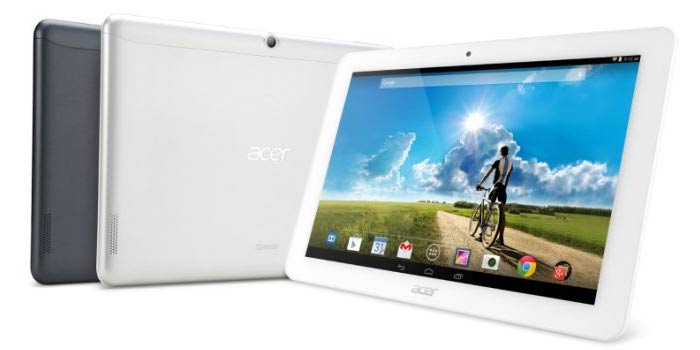 The Acer Iconia Tab 8 W will hit stores in November, while the Iconia 10 and One 8 will arrive in October and September, respectively.