Chromebooks have been doing quite well and if their small size is what’s keeping you from getting one of these super cheap laptops, Acer’s latest option could change your mind. The new addition in the series is that largest till date carrying a 15.6-inch display and if that’s not compelling enough, it’s powered by the latest 5th generation Intel processors.

The Acer Chromebook 15 was showcased at the CES 2015 expo and it’s being touted with some pretty great features. The laptop’s large display offers two options, one with a 1920 x 1080 pixel panel and the other carrying a 1366 x 768 pixel screen. 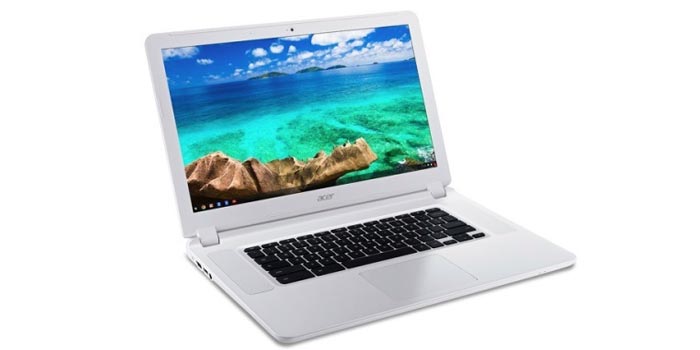 The Broadwell processor will be from the Core i3 series (probably a dual core) and will be coupled with the FHD option, while the lower-resolution version will be powered by one of the latest Celeron chips. The display used on the Chromebook 15 has anti-glare properties and is complemented by dual full-size speakers as well as an HD webcam.

The Acer laptop is also designed to be pretty rugged as it can handle bumps and drops. It weighs 2.2Kg and is 24.2mm thick. The company has also thrown in Wi-Fi ac, USB 3.0, HDMI and an SD reader. The new notebook is said to offer impressive battery life, but no hard numbers have been offered on that front. 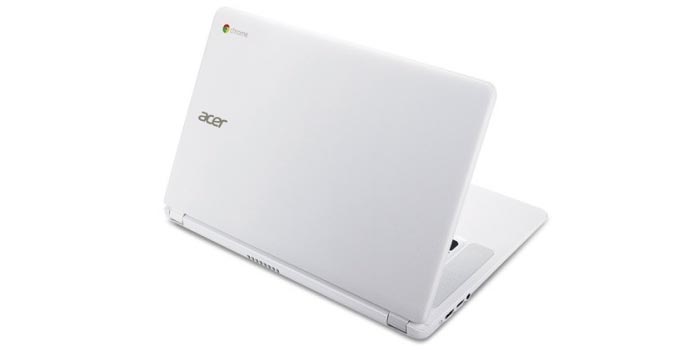 Here’s a roundup of the Acer Chromebook 15’s key specs:

The Acer Chromebook 15 is priced at $249.99 and above. The company has also upgraded its Tegra K1 powered Chromebook 13 with touchscreen options and a retail tag starting at €329.