Acer Iconia W3 price in India comes to the fore, arrives with Aspire P3 and R7 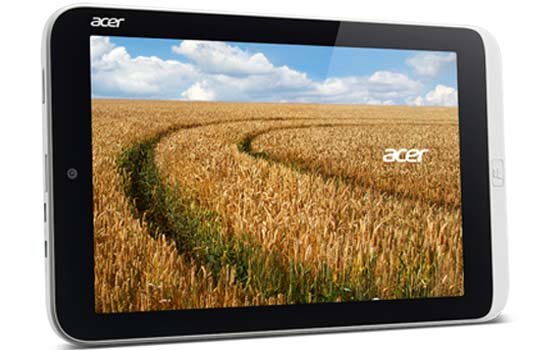 The Acer Iconia W3, a Windows 8-based tablet that was unveiled earlier this month, has dropped anchor in India and is slated to hit store shelves pretty soon. Apart from this tablet, Acer has also announced the impending arrival of the Aspire P3 Ultrabook as well as the Aspire R7 notebook, both of which make the most of Microsoft’s latest operating system as well.

Said to be apt for professionals, students as well as families, the Acer Iconia W3 employs a compact form factor which is comfortable for one-handed use. The gadget tips the scales at 540 grams and measures merely 11.35 millimeters in thickness. Loaded with utilities like Microsoft Office 2013, it tags along an LED-backlit HD display providing a multi-touch real estate of 8.1 inches. 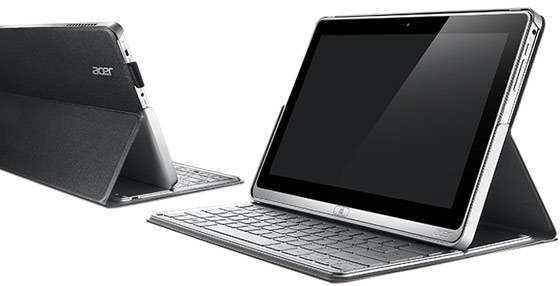 As far as multitasking properties are concerned, the Acer Iconia W3 can be expected to extend support to more than one application at the same time, thanks to the integrated Intel Atom Z2760 processor. It is slated to be made available in variants featuring 32GB or 64GB onboard memory and an expansion slot has also been carved into the slab for inserting a microSD card of not more than 32GB capacity. Prospective customers will find a micro USB port and a micro HDMI connector on the Wi-Fi-enabled slate and they can expect it to cough up the juice for a power life of about 8 hours on a single charge.

Next up is the Acer Aspire P3 Ultrabook, a mobile computing device which is packed into a sleek form factor measuring 0.77 inches in thickness. It weighs in at 1.3 kilograms and claims to offer a long battery life. The Aspire R7 is another notebook which has come to the subcontinent as a desktop replacement gadget. This laptop is fitted with a 15.6-inch display of 1920 x 1080p resolution which can be adjusted in different positions using the Ezel hinge.