Acer Iconia One 7 tablet visits the FCC, is on the cards for the US

The Acer Iconia One 7 tablet has been spotted multiple times and it looks like the device won’t take very long to hit store shelves as it has already been cleared at the FCC. Nothing has been revealed officially about the gadget as yet, though.

It is the guys over at liliputing.com who came across this piece of news and this website also reveals that only recently the FutureMark benchmark site disclosed all the specifications of this device. Reportedly, the Acer Iconia One 7 is a compact slate featuring a 7-inch TFT LCD touchscreen that can render visuals in 1024 x 600p resolution. A 1.9MP camera as well as a 0.3MP webcam have also been tossed into the mix to facilitate capturing pictures, recording videos and making conference calls. 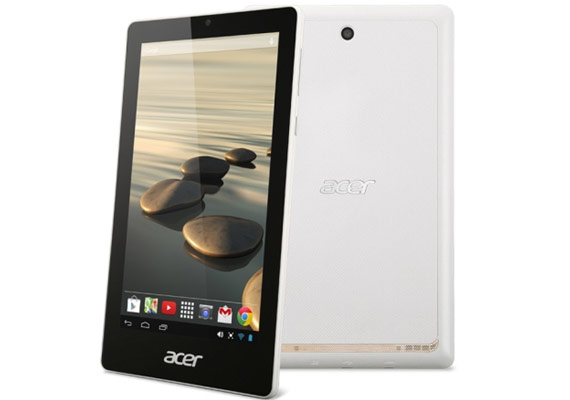 And what’s more, it is fueled by a 1.5GHz dual core VIA WonderMedia WM8880 processor based on the ARM architecture and an ARM Mali-400 MP2 GPU has been provided too. On the memory front, you can expect 1GB of RAM and 16GB onboard memory that can be expanded further using a microSD card. And what’s more, it is based on the Android Jelly Bean 4.2 OS and has all the common features like Wi-Fi, GPS and Bluetooth. And you can expect a long battery life too, as a 3000mAh battery has been chosen to power it.

Nothing has been said about the Acer Iconia One 7 tablet’s price or availability details, but liliputing.com believes that it may be pegged at between $99 and $149 in the US.