Acer has refreshed its affordable tablet lineup with two new additions, the Iconia One 7 and the new Tab 7. Both devices fall in the 7-inch category and while the former is a Wi-Fi only, the latter also delivers 3G cellular connectivity with voice calling.

The Acer Iconia One 7 is powered by the Intel Atom Z2560 dual core processor with Android 4.2 Jelly Bean running the show. The company asserts that the device is upgradable to version 4.4 KitKat. The tablet futures a 7-inch LED-backlit HD IPS touchscreen, while the rear flaunts a textured design. The device also packs dual stereo speakers, a microSD card slot, up to 7 hours of battery life, dual cameras and more within an 8.9mm thick profile. 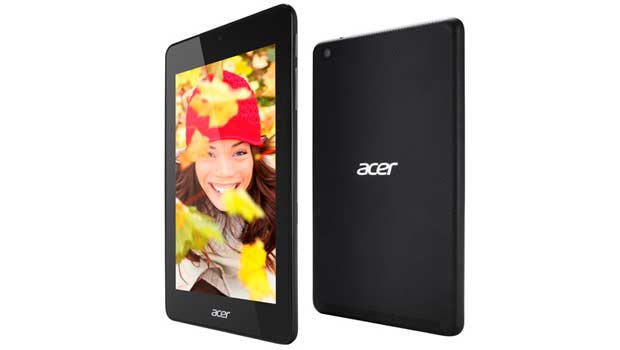 Coming to the new Acer Iconia Tab 7, the company has refreshed the series with two new models, the A1-713 and A1-713HD. Both versions are powered by a quad core processor from an unnamed manufacturer and they offer front-facing cameras for video calling over 3G. The A1-713 has an LCD panel with 1024 x 600p resolution and a 2MP rear camera.

The tablet is powered by Android 4.2 Jelly Bean with KitKat coming soon. The Acer Iconia A1-713HD, on the other hand, offers HD visuals and an IPS panel with an anti-fingerprint coating. You get Android 4.4 KitKat out of the box and there’s a better rear camera of 5MP onboard. This model offers up to 6 hours of battery life. 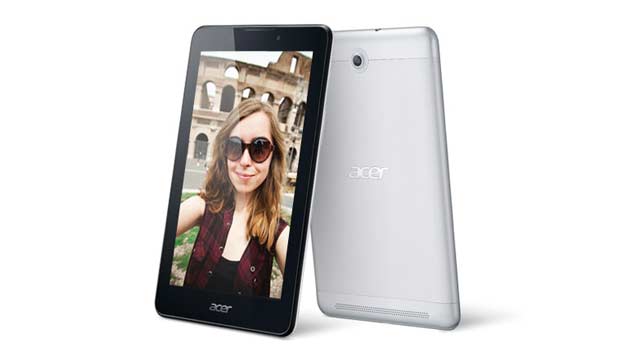 The Acer Iconia One 7 will go on sale across Pan American markets by July end for $129.99 and above. Europe, the Middle East and Africa will get the tablet starting next month for €139. The new Acer Iconia Tab 7 slates will be available in Latin America for $1,990 MX Peso in June, while it will reach Europe, Middle East and Africa in May for a starting price of €149.