Acer has been delivering some pretty interesting budget-friendly Android tablets and it isn’t going to stop anytime soon as another addition, the Iconia B1-730 HD, has been spotted online. The device will be powered by an Intel processor instead of a MediaTek chipset that was featured on the B1-720 model.

And as the name suggests, the tablet will have an HD display of 800 x 1280 pixels. The screen size here is 7 inches with IPS technology. The guys over at Mobile Geeks have managed to get hold of many images which are of the Acer Iconia B1-730 HD. By the looks of things, the tablet will introduce a new design which is more alluring than what previous B1 tablets featured. 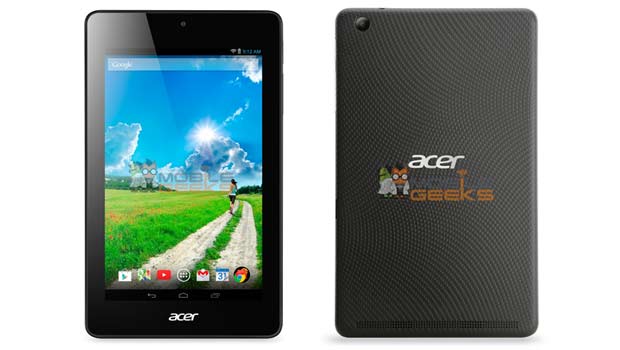 While the front is said to have a wide bezel, the rear rocks a textured finish. The source has also managed to score technical information about the Acer Iconia B1-730 HD. The Intel Atom Z2560 SOC clocked at 1.6GHz with dual cores will deliver the steam, while memory is in the hands of 8GB and 16GB storage options. Apart from these features, the tablet sports a microSD card slot, a 5MP rear camera and a 3700mAh battery. The slate is around 10mm thick and it weighs 320 grams. 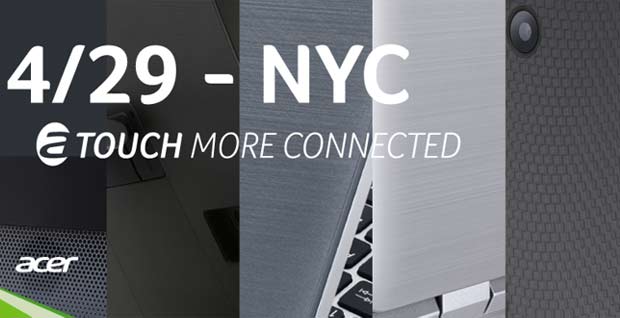 PhoneArena notes that the Acer Iconia B1-730 HD is most likely to make its debut next week at the company’s press event which is scheduled for April 29 in New York City. The teaser image provided by Acer shows the same textured back panel seen on the tablet in question. Also, a seller on Amazon.de has put the tablet up for purchase at EUR 139.