The IFA 2013 is yet to commence, but Acer has already started bringing in the goods with the launch of its Iconia A3 tablet and the recently announced Liquid S2 smartphone as well as AIO PCs running on Android and Windows. The latest slate in the company’s portfolio falls in the 10-inch segment and like the A1-810, it comes with a budget-minded price tag. Additionally, the A1 can now be picked up in white, smoky grey and ivory gold shades, while the B1 is on sale in oceanic blue and vermilion red hues as well.

The Acer Iconia A3 is basically entertainment-focused. It runs on the Android 4.2 Jelly Bean platform and has a 10.1-inch LED-backlit WXGA 1,280 x 800p IPS touchscreen with wide viewing angles. Complementing its HD visuals is Dolby Digital Plus which delivers 5.1 channel virtual surround sound and reduced ambient noise. The tablet is 10.15mm thick and it tips the scales at 600 grams. 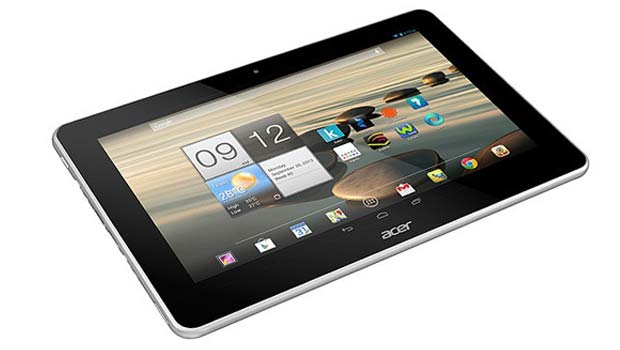 Powering up the Acer Iconia A3 is a quad core 1.2GHz cortex A7 processor. While there’s no mention of RAM, the device comes in 16GB and 32GB options with a microSD card slot for memory expansion. The company has designed it with a 5MP rear camera that can take 360-degree panoramas as well as wide angle shots, and various connectivity features such as Wi-Fi, optional 3G and Bluetooth 4.0. 9 hours of video playback is what the slate can achieve on a single charge.

The 16GB Iconia A3 Wi-Fi version will go on sale in Europe, the Middle East and Africa starting next month for €249, while the 16GB 3G model will retail at €299 with availability slated for November. No launch details for the US have been disclosed as yet.