The Acer Iconia A1-713 tablet which was unveiled to the world back in April this year has now been released in India with its price set at Rs 12999. This voice calling slate supports a single SIM card and comes equipped with a 7-inch display.

Out of the box, the Iconia A1-713 runs the Android 4.2 Jelly Bean platform but the company has promised a bump to Android 4.4 KitKat for it in the future. The 7-inch panel which has been placed on its front surface bears a resolution of 1024 x 600 pixels. 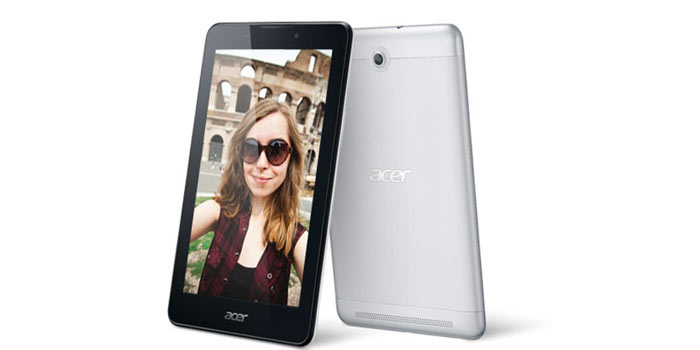 This new tablet from Acer is fueled from within by a 1.3GHz quad core MediaTek MT8382 processor which is provided assistance in its operations by 1GB worth of RAM. Although there is 16GB of inbuilt storage present of the Iconia A1-713, there is indeed scope for further expansions thanks to the microSD card slot that has been granted to it.

This 3G and Wi-Fi compatible slate grabs a 2MP rear camera and a 0.3MP front snapper as well. It is kept going in between charges by a 3400mAh battery. The Acer Iconia A1-713 comes dressed in a silver hue and can be expected to be made available through online and offline channels in India in the days to come.