Acer’s refreshed Aspire S7 Ultrabook made its debut at Computex 2013 along with the Aspire S3 notebook. The former laptop offeres various improvements over the original model which went official back in 2012, through the addition of the latest Intel Haswell processors, a larger battery and options of WQHD displays.

While the high-resolution panels were only available in certain countries across Europe since October 2013, Acer has finally added a couple of models with WQHD displays in the US. According to Engadget, these notebooks will go by Aspire S7-392-6425 and S7-392-9439 monikers. Both notebooks will feature 256GB of SSD storage, 8GB of DDR3L RAM and 13.3-inch WQHD IPS LED-backlit touchscreens. 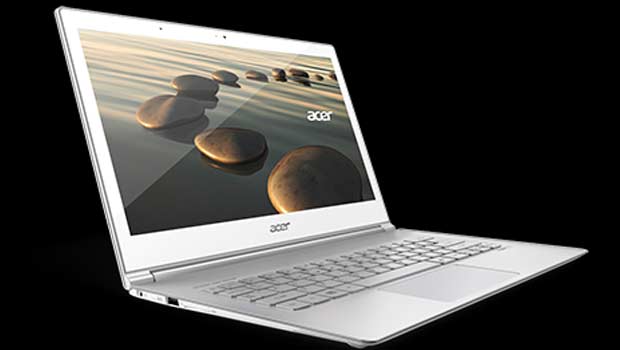 The Aspire S7 is the company’s flagship Ultrabook. Acer has given it a rugged, yet highly attractive form factor which is an aluminum unibody design with Corning’s Gorilla Glass 2 covering the display. The laptop is 12.9mm thick and it weighs 2.87 pounds. The keyboard now features better keys for comfortable typing and the notebook has second generation Acer TwinAir cooling. The battery life has been improved to around 8 hours.

Here’s a quick look at the key specifications: