Ahead of its stint at this year’s IFA, Acer has unveiled its new AIO dubbed DA241HL which is a 24-inch beast surprisingly running the Tegra 3 setup. This Android-based system is all set to be made available during the middle of October this year, with its price set €429. But that’s not all; three more desktops, namely Aspire U5-610, Aspire Z3-105 and Aspire Z3-610 have also been introduced by the company alongside the game-changing 4K video-equipped Liquid S2 smartphone we reported about a while back.

It is quite unusual to find a Tegra 3 chip inside an AIO PC, but the company has nonetheless taken the bold step, and furnished the DA241HL with its quad core benefits. It runs the Jelly Bean 4.2 version of Android, and its 24-inch touch features a full HD resolution. The PC’s MHL connectivity ensures that you can connect your smartphones for viewing content on a larger display, while it can even be connected to a PC with Windows 8 using an HDMI port or USB cable to make it a 2-point touch display. 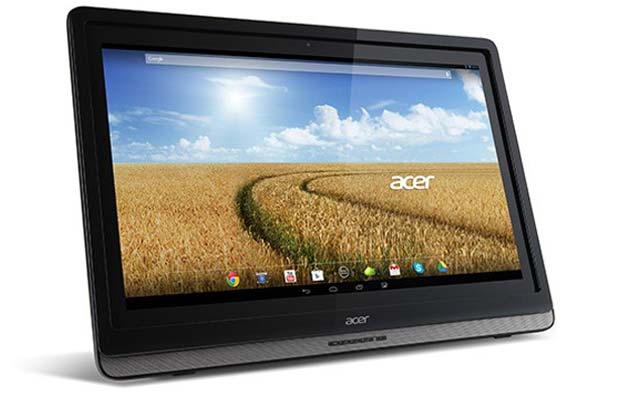 Among the three other AIO PCs, the Acer Aspire U5-610 kicks in a 23-inch full HD touch display, an Intel Haswell processor, an NVIDIA GeForce GTX 760M GPU and up to 16GB of RAM. The Aspire Z3-105 on the other hand, boasts of AMD’s A series quad core CPUs with Radeon graphics, and is highlighted by Harman Kardon speakers and Dolby Home Theater surround sound. This desktop as well as the Aspire Z3-610, both grab hold of 23-inch full HD monitors as well. The latter’s significant additions include a Haswell processor and a choice of Intel graphics or an NVIDIA GPU.