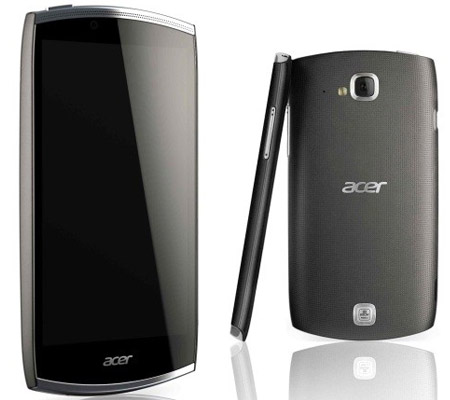 Word has it that a certain Acer CloudMobile smartphone is gearing up to make its appearance at the upcoming Mobile World Congress. Only after the news of this Acer device having received the iF design award 2012 was let out, did many within the tech community come to know of its existence.

Not much has been officially divulged by the company, but it was revealed that the handset is complete with AcerCloud technology, something that its title already suggests. And apparently, the flagship smartphone is the first to offer this service which allows users to store their multimedia content in the cloud. It naturally means that the data can be accessed anytime, anywhere without the hassle of having to manually transfer information from the smartphone to PCs or other gadgets.

According to a post on Pocket-lint, this device possesses an HD display that spans across 4.3 inches, which is embedded within a sleek chassis. Audiophiles may be treated to Dolby sound, while tech enthusiasts could be able to rake in the goodness of Ice Cream Sandwich. Another plus is its slim form factor that supposedly measures less than 10mm. The handset comes across as a decent combination of design and interesting features, but an official word on its specifications and price tag may probably just cut the deal for Acer loyalists out there.

The Acer CloudMobile release date and price details have been kept under wraps for now. But the device can be expected to hit availability status in Q3 this year after its Mobile World Congress launch.