Acer’s popular C720 Chromebook which was launched as one of the cheapest laptops on the market is getting a performance boost through an upgrade. The company has added new configurations to the list, making the device available with a Core i3 processor and more memory. Obviously, the cost of the notebook has also been ramped up.

With the new silicon onboard, the Acer C720 Chromebook will be the first in the series to feature a Haswell-based Core i3-40005U processor. While the processor does provide a huge performance boost over the previous Celeron CPU, it isn’t the fastest we’ve seen on a Chromebook. Google’s own high-end Pixel laptop comes with a Core i5 chip. 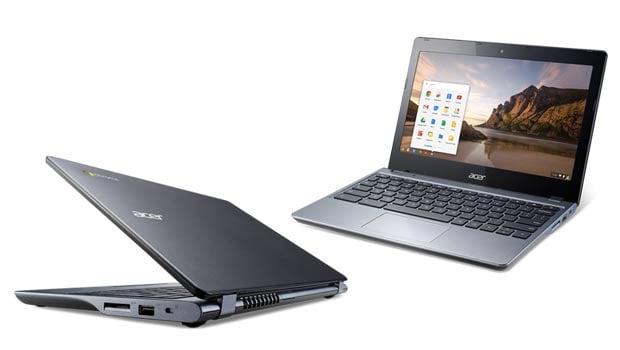 Two new models will be made available based on the new processor. One will have 2GB of RAM and the other 4GB of system memory. Additionally, the internal SSD storage has been increased to 32GB on both versions. On the downside, there’s no mention of either of them having touch support. Even with the faster CPU onboard, the laptop will still be able to deliver long battery life of up to 8.5 hours.

The rest of the components will be the same as the original. The notebook will arrive with an 11.6-inch 1366 x 768p ComfyView Display and an HD webcam along with various connectivity features such as Wi-Fi 802.11 b/g/n, HDMI output, USB 2.0 and USB 3.0 amongst others.

Facebook
Twitter
Pinterest
Linkedin
ReddIt
Tumblr
Flip
Previous article
HP shows up with new Pavilion notebooks, a convertible and an AIO for India
Next article
New chip support means that Chromebooks could get cheaper than $199