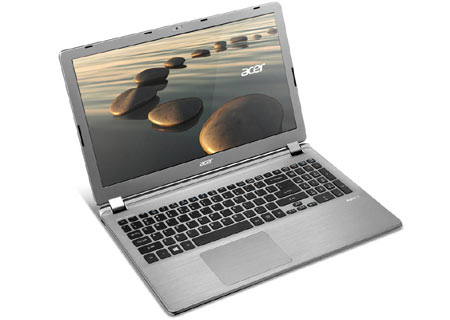 Acer has made official its new V series which comprises of the V5 notebook and the V7 Ultrabook that have a starting price of $499 in the US. Taking the ‘one size doesn’t fit all’ saying into consideration, the company is offering the fresh range in 3 options which comprise of laptops that fall in 11-inch, 14-inch and 15-inch segments.

Versatile is what the V in Acer Aspire V7 and V5 stands for. The main reason behind the moniker is that the manufacturer plans on making available a wide set of options. These choices come in the form of different colors and configurations where the screen resolution and type as well as graphics and CPU performance can be altered for specific needs. The V5 can be picked up in with or without a touchscreen display. It features a full-size keyboard that possesses larger key caps compared to that of previous generations.

What’s worth mentioning is that only the touch variants will be accompanied by a backlit keyboard. Visuals are delivered through an IPS panel with resolutions of 1366 x 768 or 1920 x 1080 pixels based on the screen size (15.6-inch or 14-inch) selected. On the inside, buyers will have the choice of either AMD dual and quad core processors, or CPUs from the latest Intel lineup. There are discrete GPU options as well, from the GeForce GT7XXM series or the Radeon HD8750. Where entertainment is concerned, the company has thrown in Dolby Home Theater. 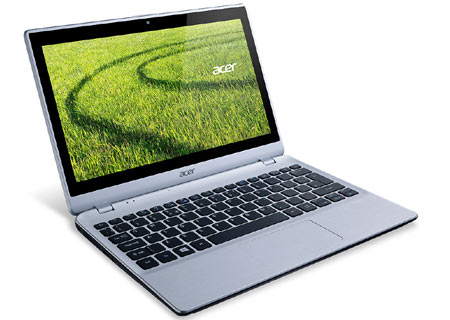 The smallest variant crams in a 11.6-inch 1366 x 768p display and it proffers a lightweight form factor of just 3 pounds and a slim appearance that measures less than an inch in thickness. Here, the same CPU options will be available. However, there’s no mention of a discrete GPU. All models in the lineup will house the company’s converter port that enables users to hook up an external display, hard drive, router and more.

Coming to the Ultrabook, buyers can expect it to possess the same design as the aforementioned series, but with a silky finish on the bottom. There are no concrete details on what hardware the notebook will carry. What’s known is that it will run on the latest processors from Intel, pack an SSD for storage, and enhanced security through the company’s Theft Shield. It will also be deployed with the converter port and Wi-Di.

The Acer Aspire V5 notebook and V7 Ultrabook will be available in the US at the price mentioned above, by the end of May.