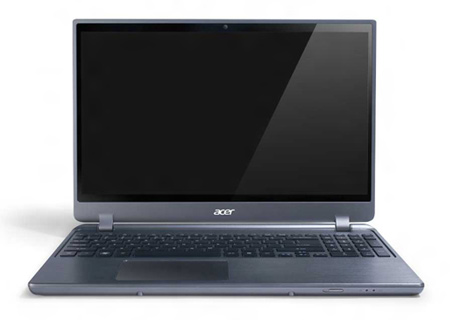 One of the latest Ultrabooks on the block is the Acer Aspire Timeline Ultra M5 proffering discrete-class graphics from Nvidia and performance-driven processors from none other than Intel. These components come equipped within a lightweight and stylish form factor which portrays a minimalistic appearance.

The series basically comprises of 3 variants offering 14- and 15.6-inch display options. The first choice packs in a second generation Core i3 2377M CPU and integrated HD Graphics 3000, while the remaining 2 are powered by Core i5 3317U processors combined with Nvidia GeForce GT640M LE graphics holding 1GB of dedicated DDR5 memory. Each version flaunts an HD widescreen CineCrystal LED-backlit display with resolutions of 1366 x 768 pixels. Potential users can configure these laptops with up to 6GB of DDR3 RAM. 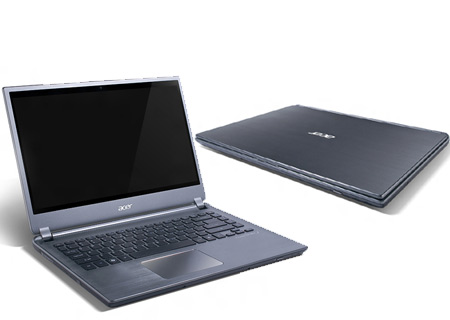 Measuring just about 0.81 inches in thickness, the base variant weighs as little as 4.3 pounds. Although maintaining a slim design, Acer has managed to throw in a DVD drive and a 500GB HDD. A 20GB SSD caters to the Green Instant On attribute which gets the notebook up and running in around 2 seconds from sleep. The laptops are equipped with a PowerSmart battery pack that’s capable of delivering up to 8 hours of activity on a single charge and 3 times the life cycle compared to traditional batteries.

The Acer Aspire Timeline Ultra M5 price starts at $679.99 and goes all the way up to $829.99 for the high-end version. These laptops will be available through the company’s online store and various retailers in the US by the end of June. What’s more, on every Ultrabook purchase, customers are entitled to a Windows 8 Pro upgrade for $14.99.