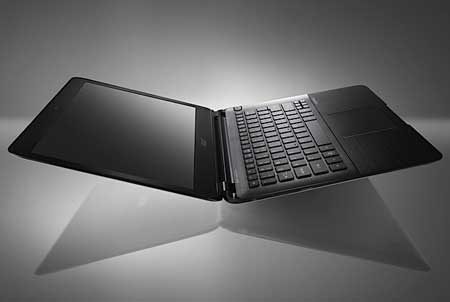 The Acer Aspire S5 has been announced and it claims to be the word’s thinnest Ultrabook possessing a 13.3-inch LCD display. It boasts of a sleek chassis adorned by a magnesium-aluminum alloy cover in onyx black. The metallic finish lends a touch of style to the form factor which measures merely 15mm at its thickest point.

Tipping the scale at less than 3lbs, the Acer Aspire S5 will house an Intel Core processor and SSD storage capacity under its hood. Furthermore, HDMI, USB 3.0 and 20Gbps Thunderbolt ports are the other features which will be seen integrated into the gadget. As also, Dolby Home Theater v4 technology has been employed to proffer some nifty audio for entertainment buffs out there. The device is also gearing up to arrive with the PowerSmart battery pack which should offer some relief from the constant hunt for wall outlets.

“The Ultrabook is much more than just a product segment,” comments Jim Wong, president of Acer, while talking about the unveiling. “It’s a new trend that will become the mainstream for mobile PCs, and customers will see the unique features gradually extended across Acer’s notebook family.” 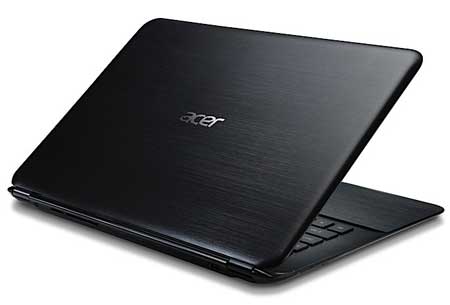 The laptop has been incorporated with Acer Green Instant On technology which apparently resumes functionality within 1.5 seconds. Besides booting up the system quickly, the addition aids the battery to cough up the juice for a reasonably long time. With Acer Always Connect, users can keep their Ultrabooks organized and access the data from just about anywhere and at any time. Then there is the integration of Facebook, Twitter and Outlook email for getting connected easily upon waking up the portable PC.

There has been no further word on the detailed specs of the Acer Aspire S5 which is expected to start shipping in Q2 2012.