Acer Aspire R7 price in US amounts to $999, up for pre-order 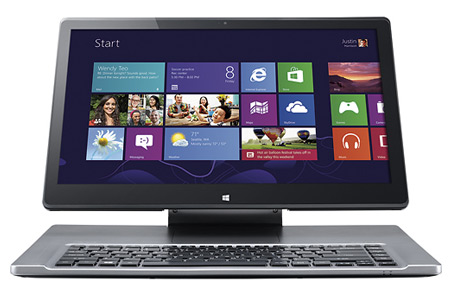 Acer is in full swing with yet another release dubbed the Aspire R7 for the US and the manufacturer has not only spoken of the hybrid hitting pre-order status, but also outlined its price. Taking up R7-571-6858 as its model number, the convertible will be hitting stores across the region at $999.

Built around a 15.6-inch full HD ComfyView LED backlit screen, the Acer Aspire R7 employs an Ezel Hinge while switching from tablet mode to PC. It is this technique which enables the slate to stand upright in more ways than one. For instance, users will be able to flip the slab backwards following which the content on the screen will automatically rotate as well. This is called the display mode. 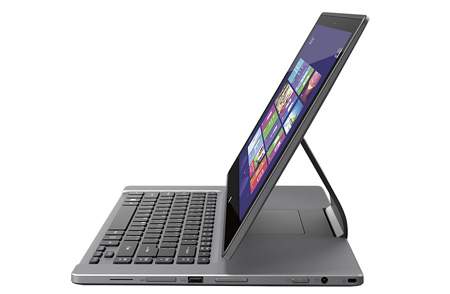 It should moreover be possible for owners to pull the screen closer towards them for easier touch and type experience, thanks to the ezel mode. The notebook mode permits them to use the gadget as they would employ a laptop. And finally, the pad mode as is evident from the name itself, allows twisting the device in a manner that it can be utilized as a tablet.

As for the OS, the slate-cum-PC just like many others has been optimized for Windows 8. The force that drives it from within is a third generation Intel Core i5 processor which has been clocked at 1.8GHz, but owing to the inclusion of Turbo Boost technology, its clocked speed can be increased to 2.7GHz. If we were to take the manufacturer’s word seriously, the incorporated 3,560mAh power pack lying under the device’s hood should be able to render 4 hours of battery life. 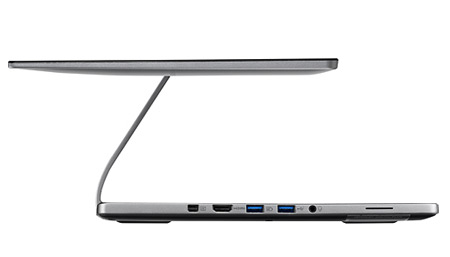 People have been given an option to choose between a variant which holds onto a 500GB SATA hard drive and a model with 24GB SSD drive. Speaking of memory, the device has been fitted with 6GB of DDR3 RAM. The integrated camera which can be spotted on the front panel of the tablet should be capable of capturing videos at 720p.

As of now, anyone residing in the region can pre-book the device through Best Buy at the aforesaid retail value. As a part of the company’s marketing partnership drive with Paramount to promote the upcoming movie Star Trek, it plans on offering a free download of the film-based video game for PC, which otherwise is worth $49.99, for those who plan on pre-ordering the convertible before May 16.

The Acer Aspire R7 should be arriving in US retail stores and online by May 17, for the said price.