Acer has launched a new convertible notebook in India under the Aspire R13 series and it’s offering the latest release for a whopping Rs 83999 price. For the amount you’ll be paying, you get an attractive design which houses some pretty high-end hardware including Intel’s fourth generation Haswell processors.

For a lower retail tag of Rs 78000, you could get the new ThinkPad Helix 2 from Lenovo which flaunts a hybrid design with Intel’s new Core M processors, but with a smaller screen size of 11.6 inches. The Acer Aspire R13, on the other hand, sports a 13.3-inch touchscreen with 1920 x 1080p visuals. There’s also the Zero Air Gap technology, a coating of Gorilla Glass 3 and an anti-fingerprint layer. 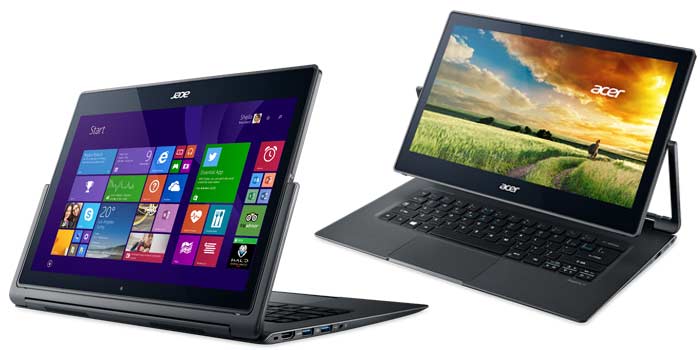 While the Acer laptop offers a traditional design, it can be quickly converted into a tablet by simply flipping the screen. The company makes use of what it calls the Aero Hinge design and you’ll be able to transform the notebook into 4 other modes, namely stand, tent, display and ezel.

The Aspire R13 also come with the optional Active Pen stylus which has pressure and hover sensors for professional drawings and note taking. As mentioned above, you get a Haswell processor, the Core i5 in this case. And where memory is concerned, the notebook employs 512GB SSD storage and 8GB of RAM. Acer is also promising up to 8 hours of battery life.

The Acer Aspire R13 is already available for purchase in India, but through Croma retail stores only.