Acer Aspire One AO532h Review: A compact netbook for some fun on the run 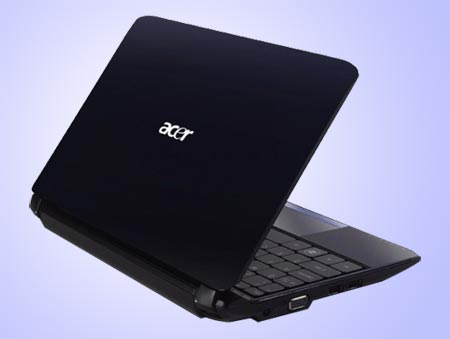 Right from their outset in late 2007 to being the technologically evolved devices that they are today, netbooks have spanned a chunk of the market in a very short course. Take for example, Acer’s Aspire One AO532h netbook that had rumor mills churning even before its launch thanks to its inclusion of the Intel Atom Pine Trail platform. The netbook managed to grab quite an audience post release too and nearly a year after it was first unveiled, its popularity doesn’t seem to have dimmed any bit. Acer has included it as a part of the festive season offer in India with the 3G-embedded device including a Reliance broadband connection. If this is one among the netbooks you plan to gift yourself or a loved one this holiday season, here’s an all-inclusive review of the Acer Aspire One AO532h.

In what looked like a full box, Acer packed in a power adapter, a limited warranty, an international travelers warranty, a 3G quick guide, Quick guide and the user guide. Road-runners can look forward to a bundled case to carry the netbook around comfortably. Netbooks are typically known to be scaled down versions of the traditional laptops in terms of form factor and this Acer offering is no different albeit showing just how compactly this can be done. For the technically inclined, it’s a less than 1-incher fitted with a 10” LED LCD display. The Intel Atom processor N450 running at 1.66GHz is complemented by a 1GB memory and HDD capacity of 160GB. Besides being 3G-enabled, the netbook is also Wi-Fi certified and is powered by a 6-cell Li-ion battery. Based on the Windows 7 Starter edition, it also has an Energy Star certification to its name. 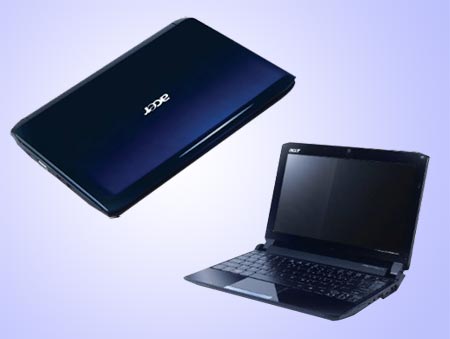 The glossy Onyx Blue color that runs all through the top lid is what caught our eye almost instantly as we unboxed the Aspire One AO532h netbook. The grey Acer logo sits flush in the central portion of the lid. Acer has adopted a very simplistic design for this device. The company makes a hit with the dedicated hinge holding the display rendering the screen quite sturdy. The wide bezel surrounding the display ensures your fingers reaching the display when opening and shutting the device are a far sight. Lest you should forget, a raised top edge in line with the hinge is inscribed with the words Aspire One. The netbook bears curved edges with a slightly bulky end and slopes downwards to the front. Six rubberized feet keep the device’s grip firmly on the table, desk or any other location you should decide to place it on. A DC-in jack, VGA port and two USB ports feature on the left brim while the right side is contoured with an Ethernet RJ-45 port, Kensington lock slot, a USB port, a mic-in jack, 3.5mm headphone-out jack and multi-in-one card reader. The frontal perimeter of the AO532h holds a range of status indicators including Bluetooth, WLAN, 3G, HDD, Battery, and Nums Lock and Caps Lock.

The top panel of the display revealed the familiar microphone and Acer’s Crystal Eye webcam. In the extreme left uppermost corner was the difficult to find Power button. The rear side of the netbook too didn’t leave any spare area unused. Holding the battery bay on the raised edge, there are two latches below this region – one for the battery and the other for 3G connection. Yes, take the battery off and there’s a SIM card slot for nifty 3G connections. The vent in the anterior area of the backside does a good job at keeping the device as frigid as possible. It’s thoughtful of Acer to have the glistening metallic finishing right down to either margins of the keyboard and the mouse button, but sadly it does nothing in particular to make the device fashion-forward.

Pushing the display hinge to the maximum gives the netbook a slight open book feeling. It’s evident that Acer has also been kind enough to fit this baby with a much fuller keyboard that goes right up to the back. While it is comfortable to type on, there could have been a little more room in between the keys. We would have also appreciated if the keys adopted a slightly raised layout rather than the flat one which needs getting used to. Infused into the palm rest, the touchpad is identifiable by the tiny raised dots in its path. It holds a hyphenated region for side scroll and the defined mouse button below for left and right clicks. Though the trackpad supports multi-touch input, it isn’t the best among the breed and quite had us out of our wits. After much nudging and pushing, with the mouse indicator flickering in short intervals, we had to make do with an attached mouse. 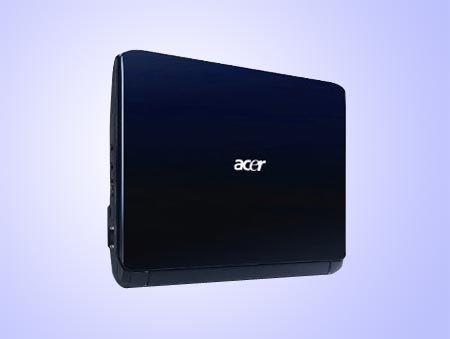 We thought getting the audio and video settings in place before we actually got down to a detailed test of this laptop sibling was a good idea. We had the Intel GMA 3150 Driver for mobile tweaked for 3D settings, video overlay and video among others. The fitted display is of the reflective kind and offers a maximum screen resolution of 1024 x 600 at a refresh rate of 60Hz. If you wish to put the included Intel processor to some good use, you can also toy around with the Power Settings here. The netbook is pretty quick at connecting both through Wi-Fi and Ethernet. We hopped on to YouTube and had the trailer of Tangled 2010 hold our attention for roughly two minutes. The Acer Aspire One AO532h was just above average in terms of audio quality and interestingly our Web surfing adventures witnessed no visible lags. The screen too is crisp and serious about video quality; the improved resolution certainly puts it a notch above others.

There’s nothing fascinating about the rooted Windows 7 starter edition in this Aspire One AO532h netbook that most of us aren’t familiar with. The interface is easy to organize and get around besides of course having been employed well by the netbook. As far as freebies are concerned, Acer throws in its GameZone Console packing in a handful of demo games that should do a fair job at keeping you busy. You can also download games or opt to acquire a full version of a particular title. The implanted webcam allows capturing images in a maximum resolution of 640 x 480. A label on its side says it’s been optimized for low-light video chatting and our conversations on Skype were proof enough that the netbook is indeed an ace at that. There’s no video recording option in this device though.

The compact form factor lives up to the netbook’s portability claims. The display hinge too is sturdy enough for a bit of rough use when on the move.

The Acer Aspire One AO532h offers pleasing visuals for more than the odd movie watching experience besides the complete connectivity ports.

Acer is forthright with the battery life it serves up in this netbook and there’s enough juice to keep you yearning for more.

Intel’s Pine processor offers nothing really exceptional as such but you can’t ignore its energy efficiency to the core.

It was a while before the device started thanks to its long boot time.

The trackpad for sure was one of the biggest downers. The webcam too will disappoint those who love capturing moments by making a movie.

Acer suggest around 9 hours of battery life and on moderate usage, the netbook gave us round about 8 hours of juice which isn’t bad either. The AO532h knows very well what it’s been designed for and is very upfront about offering a good display of the features it’s bundled with. A wider keyboard in comparison to other netbooks in its size with the fact that it’s also 3G enabled only works in favor of a great on-the-go experience. If you must weigh battery life over a few ignorable glitches, this Acer offering isn’t a bad deal at all. We mark the Acer Aspire One AO532h netbook at a decent 8.5 out of 10.

The Acer Aspire One AO532h stands in at a modest price of Rs. 19,499 and Acer is offering it with the Reliance integrated broadband + modem for a discounted price of Rs. 16,999 only this festive season.