Acer Aspire M5 Ultrabook price in US out, release date stamped for October 26 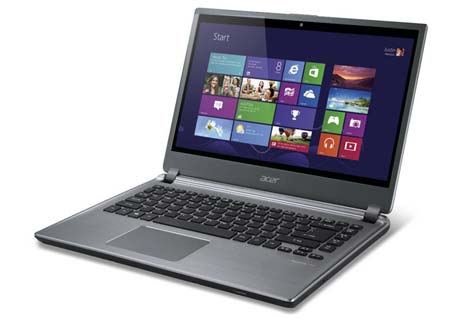 The Acer Aspire M5 Ultrabook price in the US has finally been unveiled and its release date has been scheduled for October 26, 2012. Compared to the last time we saw the laptop, the company has thrown in a touch display and is offering the device in 2 configurations.

The 14-inch M5-481PT version packs in a 10-point multi-touch screen that features a frameless, edge-to-edge design, proffering an HD resolution. Pre-loaded with the Windows 8 OS, this slim and stylish notebook allows users to conveniently navigate through the new UI. The 4.6-pound device is crafted from aluminum alloy and is sprayed with silver for a professional look.

The 15.6-inch M5-581T is a non-touch configuration in the Aspire series. This Ultrabook is dressed in a sleek minimalistic form factor designed from dark gray magnesium alloy which also delivers enhanced durability. It weighs just about 5 pounds, enabling users to easily carry it around without much effort. The all-day battery life touted by the company amounts to 8 hours for both aforementioned variants and there’s even the PowerSmart power pack which is claimed to provide three times the life cycle. 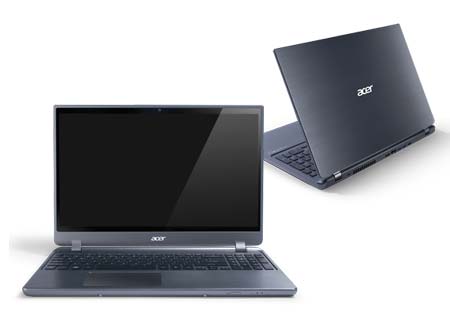 The Aspire M5 is powered by third Generation Intel Core i5 processors with Turbo Boost 2.0. Hoarding needs are catered to by a 500GB HDD, while the company has even thrown in a 20GB SSD for quick boot-ups. Other attributes include Dolby Home Theater v4, 2 USB 3.0 ports, a built-in optical drive, an HDMI port and stereo speakers apart from Acer-specific tools such as Green Instant On, AntiTheft, Always Connect and Cloud.