Acer Aspire 6920 Notebook announced in the US 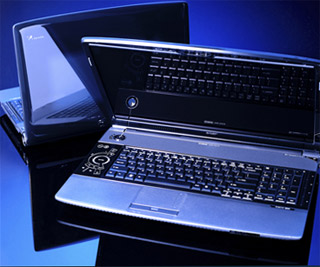 Acer will be launching the Aspire 6920 line of notebooks in the US. The new range of laptops have been designed to deliver a High Definition experience. The new notebook belongs to the Aspire Gemstone range released in May 2007.

For the entertainment of users, the Aspire 6920 incorporates new CineDash media console, a touch-sensitive interface that offers new way to manage entertainment and launch of Acer Arcade in seconds. Besides, it navigates menus, adjusts volume and controls media on the fly.

The notebook is designed in a new way that features NeoWeave palm rest that provides a comfortable area for placing hands.

The notebook’s outer look is also as rich as its interiors. It has been made attractive with multi-layered, shimmering 3D finish, contrasting textures, a chic blue, black and silver color scheme, and interior/exterior lighting effects. When the notebook is turned on the power button flashes to life in a sharp line of bright blue neon.

There is no information regarding price and availability is disclosed.