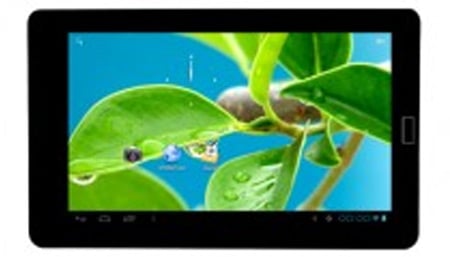 Datawind has made an appeal to offer the Aakash 3 in India in the form of UbiSlate 7C+, even as it has glued the purported next generation low-budget tablet to a tentative price. Speaking on this issue, Suneet Singh Tuli, the firm’s CEO, has said that the committee in charge of the slate-related dealings is expecting a higher version of the device in exchange of Rs. 2,500 per unit.

Tuli even went on to remark that the company behind the Aakash 3 is comfortable with meeting these retail value demands for every 10 lakh units. Those who have been keenly observing the company’s activities will know that it recently completed its target of delivering 1 lakh models of the tablet’s second iteration to IIT Bombay.

There had been reports in the past suggesting certain delays in rendering the stated number of units. However, the manufacturer blatantly refused to entertain any such accusation, claiming that its crew has managed to roll out the devices a month prior to the deadline.

A post on Tech2 has agreed with past predictions which spoke of the OEM recommending the UbiSlate 7C+ as the third generation of these tablets. If this is indeed the slab chosen as the upcoming device from the series under consideration, it will boast of a 7-inch multi-touch capacitive display and a front-mounted VGA camera.

This also gives us reasons to believe that the slab will gain steam from a Cortex A8 processor ticking at a speed of up to 1GHz and relying on 512MB of RAM for assistance. Users should be able to store content up to 4GB internally, in addition to which they can expand the memory via a microSD card if they find their hoarding needs exceeding the onboard capacity.

The upcoming slate too may grab a helping of Android Ice Cream Sandwich, just like its predecessor. With respect to connectivity, Wi-Fi and GPRS might be taken into consideration. And the gadget should apparently run for up to 3 hours on a single charge.

Although the official website of Datawind had affirmed that these specifications should have been confirmed by the National Mission for Education through Information Communication Technology (NMEICT) by March, the procedure has clearly not been carried out yet. The portal also points out that we can expect the Aakash 3 to be launched in India at the said price, sometime in mid-2013.