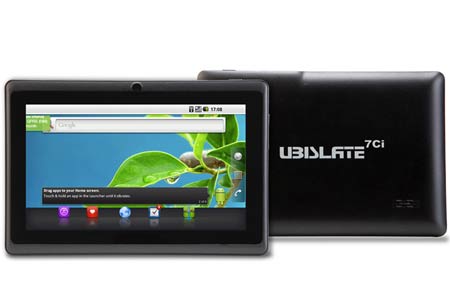 The price details for the Aakash 2 educational tablet have been unveiled and based on the information provided, it is expected to be available for Rs. 1,130. Compared to its predecessor, the device is equipped with a better set of hardware and features and it will be available for students at engineering universities and colleges.

Both the UbiSlate 7Ci and the educational version of the tablet are equipped with the same hardware components. However, what’s interesting is that the former variant was already unveiled in the country a couple of months back alongside the UbiSlate 7Ri, 7R+ and 7C+. Well, the company hasn’t spilled the beans on the features it will carry, that’s until now. Visuals are delivered through a 7-inch capacitive LCD panel which proffers an 800 x 480 pixel resolution with 4-point multi-touch input.

To power up this piece of hardware, the company has fitted in a single core Cortex A8 processor operating at 1GHz. 512MB of RAM is clubbed with the CPU for smooth working. There’s also a front-facing camera for video conferencing over Wi-Fi. On a single charge, the device is capable of delivering approximately 180 minutes of battery life. 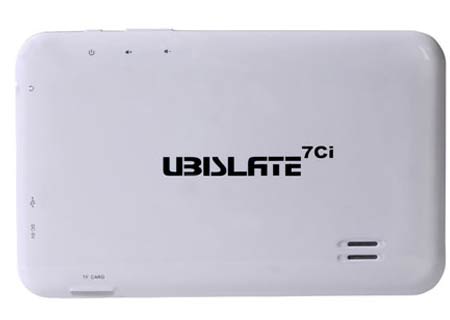 According to Dr. Deepak B. Phatak, the Subrao Nilekani Chair Professor for IIT-Bombay, the manufacturer is expected to roll out around 100,000 units of the Aakash 2 which will be distributed to engineering and colleges students at IIT Bombay. He further adds that plans exist of making the slate available for learners across the country in the coming years.

As stated above, the Aakash 2 will be up for grabs at Rs. 1,130. The commercial version can be purchased through the Datawind UbiSlate website for Rs. 4,499. The manufacturer is offering different payment options for the latter device. Based on users’ choice, the release date will vary from 1 week which applies to purchasing online, up to 8 to 12 weeks when selecting cash on delivery.