If you can’t beat them, join them. The proverb is a fitting ethos for the ethical hacking industry. In a world where cybercriminals continue to reign terror on businesses, ethical hackers serve as the frontline of defense against their less ethical equivalents. And as cybercrime only continues to proliferate, their expertise is in greater need than ever before.

According to Global Market Insights, the cybersecurity market is expected to reach $300 billion in value by 2024, up from only $120 billion in 2017. Juniper Research predicts that before 2020, cybercrime-related costs will surpass a whopping $2 trillion. The industry is more profitable than all global drug trafficking operations combined.

If you have an eagerness to make a difference and help businesses of all sizes avoid bearing the cost of a cyberattack, becoming an ethical hacker is a considerable option. To help you decide whether it’s a suitable career path for your skills and interests, let’s take a deeper look into the job of an ethical hacker.

Hacking is the process of identifying vulnerabilities in a system and using them to gain unauthorized access into the said system for the purpose of performing malicious activities, such as stealing private information or deleting files. Illegal hacking has serious consequences, and many of those who were caught have been sentenced to years of imprisonment.

Nonetheless, the crime has only grown more rampant, and so came the need for a solution. Organizations started hiring ethical hackers to find vulnerabilities so that they could be fixed before others had the opportunity to try their hand at breaching their systems. Ethical hacking is now a massive industry that continues to grow year-on-year.

How you begin your career as an ethical hacker largely depends on your current field of work. If that happens to be outside of information technology, you should definitely try shifting into a relevant field. In reality, it’s almost impossible to enter ethical hacking directly. Most start their careers as support engineers.

Your chances of success are greatly improved if you choose to pursue an appropriate master’s degree. A popular choice is a Master of Science in Cybersecurity. Take a look at this detailed cybersecurity infographic by St. Bonaventure University for a more in-depth look at ethical hacking and the benefits of pursuing a master’s degree.

A successful ethical hacker is proficient in networking, programming, database handling, and operating systems. They also need to have a strong set of soft skills, especially when it comes to communicating problems and solutions to the rest of the organization.

According to PayScale, the average ethical hacker makes $79,256 per year. On the higher end, you can expect to make up to a total of $133,322. The U.S. Department of Labor reports that the highest average salaries are paid in California, New York, and Florida. Compared to most other jobs in the information technology field, these are excellent figures.

In the past, ethical hackers were mainly associated with big tech companies and government organizations. Today, the growing need for their expertise has made their skills a necessary part of countless industries. You can work for a variety of private companies in industries such as logistics services, banking, retail and many more.

You can even work for colleges, such as MIT. That said, you do still have the opportunity to work for top-secret intelligence agencies, including the likes of the CIA and NSA. There’s really no end to the number of fields that you could possibly enter as an ethical hacker, especially if you choose to work independently.

It should be clear by now that there are many reasons as to why it’s a great idea to pursue a career as an ethical hacker. From high demand to high salaries, high job satisfaction, and the opportunity to work in a diverse range of environments, being an ethical hacker sure has its perks. Perhaps it should be your priority for the year ahead. 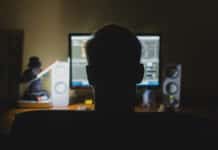