It has been more than one and a half century since the process of photography has been invented. Some call it a science, most argue it is an art. Though the nineteenth century was filled with experimenters, the twentieth century was filled with people who really fell in love with the art of photography. All one did was, save money, lots of it, buy a good camera, click nice pictures, develop them and them show it to other people. 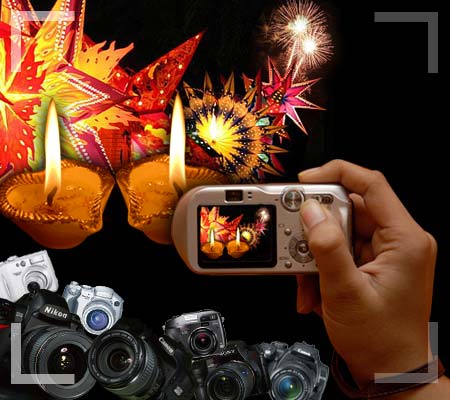 But as the century came to a close, we moved into the digital age and the art of photography too underwent a transformation as camera makers started introducing digital cameras. At the turn of the century, digital cameras started becoming more and more popular with people. But what was interesting was that it was not only the people passionate about photography who were picking up the cameras, everyone was buying a camera, clicking pictures and putting them on social networking and photo-sharing websites.

However, but with an overabundance of digital cameras and other options available, the layman does tend to get confused, often in front of the greedy shopkeeper who is ready to sell anything. One thing before buying a digital camera is to know why you are buying a digital camera. Seriously, you might have money to spare that you must have collected with a lot of effort for buying a good camera, only to know after buying that you didn’t want that particular model.

When it comes to commercial photography, there are several types, there is wildlife photography, nature photography, wedding photography to name a few. But professional photographers tend to know which cameras to pick the same way Sachin Tendulkar would know which bat to buy! Coming to amateur photography, some take up photography as a hobby, some I know have taken it up as they are keen travelers. But then there are also some people who want to buy a digital camera just for special occasion like a family function or a social gathering.

If you go through the digital cameras that are available in the market these days, you will find that most of them broadly fall in three categories,

Firstly we have the entry level digital cameras;

Secondly, we have the high-end digital cameras;

Lastly, we have the DSLR or a digital single-lens reflex camera;

At the end of the day, you will buy one from these categories, but it depends on your ambitions. If you are just getting the camera, just for the sake of it, then the entry level digital cameras would suit you fine. Most of these cameras are in the six to nine megapixels range. This is more than enough to click simple snaps. What’s interesting is that most of these cameras even take videos, which make them apt for social functions.
But do not make a rash decision when buying such a camera even though it is at the entry level.

I know someone who just got a particular camera model because that person liked the color of the model! When buying such cameras, make sure that you take in consideration factors such as internal memory and the expandable memory, more the better. Also, when considering the zoom, take into account the optical zoom and not the digital zoom. Other than this, you need to consider the power source, some are powered with AAA batteries, some with lithium ion batteries.

If you are a keen traveler, it is preferred that you take a camera that is powered by the former since such batteries are available everywhere. If you take a digital camera that is powered by a lithium-ion battery, you might have to charge it many times, and if you are stuck in a hotel with no electricity, you might miss a shot that you were waiting for a long time! Another alternative is to buy one more lithium-ion battery but that can cost you and take your budget much higher.

Coming to the second category, that is the one of high-end digital cameras, usually these are the devices that are in the range of eight to fourteen megapixels. If you are one of those who wants to buy a camera for the purpose of becoming a photographer, then we recommend, that you buy the high-end digital cameras, as such cameras are neither as expensive as a DSLRs and also have more features than the normal entry level digital cameras.

Besides considering the memory space and the power sources, one has to consider many other characteristics when buying a high-end digital camera. These features are stuff such as manual focus, shutter exposure time, flash and aperture. When it comes to manual focus, it is great for a budding photographer to get a camera that has manual focus as it is great for experimenting.

What about the shutter exposure time? Once again, it is great to get a camera that has lets you set your shutter exposure time. Not many high-end cameras offer this feature and the ones that do are quite expensive. Cameras come with built-in flash but what you need is a camera that lets you connect an external flash. This would be useful for wedding and night photography. Built-in flashes do not offer that much power, some of them are quite less powerful. Speaking about the aperture, it is the same as the shutter exposure, if you get one that offers own aperture or lock the AE, its great!

Now let’s looks at the digital single-lens reflex camera. These cameras, you would have probably seen them at parties and events or at your local photographer. The DSLRs are the probably the best cameras you can get and the most professional one can become. Usually these kinds of cameras are sold in kits, which comprises of the camera body and the lenses.

If you still want to dig deeper in you pockets, besides the normal lens, you can buy a macro lens or a wide-angle lens (landscape photography) or a telephoto lens (wildlife photography). Until recently, one could not record videos with DSLRs, but newer models do have this facility. But DSLRs are only recommended if you have mastered yourself using your high-end digital cameras or you know all the basics of photography, since most of these cameras are very expensive and the good ones cost more than a thousand dollars.

Also, one more thing about digital cameras is that if you are buying an entry level digital camera or a high-end digital camera, you should preferably buy a new one. But in case of a DSLR, you can explore your options for a second-hand one. So what are you waiting for, just go out there and get yourself a good digital camera and start uploading the pictures on the internet.