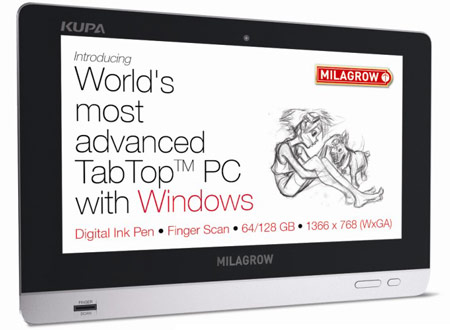 The all new Milagrow Kupa X11 TabTop PC which has been launched in India sports a rather awkward price tag. A slate running the trial version of Windows 7 Professional is hardly the best excuse for dropping over $900 in cold hard cash, especially during Windows 8 tablet-laptop hybrid season.

The device has emerged out of a partnership between Milagrow and German Windows tablet PC manufacturer, Kupa. It has a 10.1-inch 1366 x 768 WXGA backlit touchscreen, and an in-built sensor which adjusts the brightness according to ambient lighting conditions. There are two 1.3MP cameras on the chassis – one on the rear and the other on the front.

Rajeev Karwal, Founder Director, Milagrow, remarked while talking about the unveiling, “Over the past few years, Kupa has been steadily building up its reputation of dedicated client support and technical knowhow by launching several successful Microsoft Windows based tablet computers. When we decided to enter into the Windows Tablet segment they were ideal partners.” 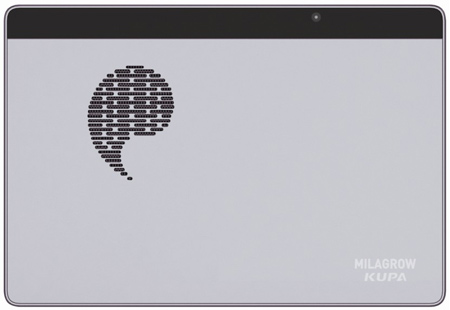 The tablet has a mini-HDMI and two USB 2.0 ports as well as a mic terminal. It supports 3G, Wi-Fi and Bluetooth, apart from optional input through a digitizer pen. 2GB RAM, a biometric sensor, almost 10 hours of battery life and a 1.6GHz Intel Cedar Trail N2600 duo core SOC are part of the specifications list. The company is targeting this Windows slab at professionals who like to port around their desktop PC experience.