Apple unveiled a smaller 9.7-inch iPad Pro at its grand event recently, and said that it’s as powerful as its larger 12.9-inch variant. That however doesn’t seem to be the case, even as a benchmark listing has suggested that the device is not as beefy as we were expecting it to be.

Keep in mind though that it still offers the A9X chipset which is the fastest Apple has ever built. And if you’re expecting speedy operations and heavy multi-tasking, you’ll still get it without any hiccups. So the only fact here is that the company’s claim of it being as powerful as the 12.9-inch iPad Pro seems to be untrue.

Firstly, it has been shown to feature an underclocked processor. Yes, while the A9X chip on the 12.9-inch model is clocked at 2.24GHz, the one on the smaller device runs at 2.16GHz. This has probably been done in order to save battery since the 9.7-inch iPad Pro comes with weaker power pack compared to the larger model.

The newly unveiled tablet features 2GB worth of RAM, which is surprising since its big brother adopts a 4GB RAM module. Also, the Lightening port on the 9.7-inch iPad Pro does not support USB 3 speeds unlike the 12.9-inch model.

Despite all these downgrades over its larger variant, the newly unveiled Apple tablet does carry onboard some upgrades as well. It has a better camera than the 12.9-inch iPad Pro; a 12MP shooter with 4K video support to be exact. And the display quality of this slate is better moreover. 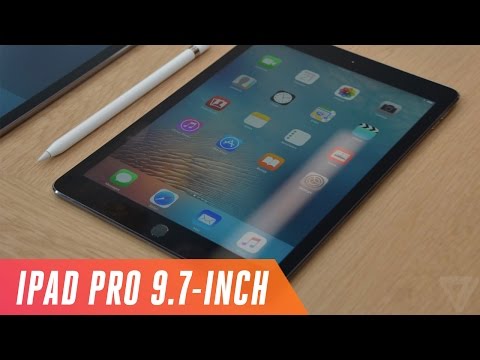 The 9.7-inch iPad Pro will be released in the US and other major Apple territories on March 31, and will have its starting price set at $599.