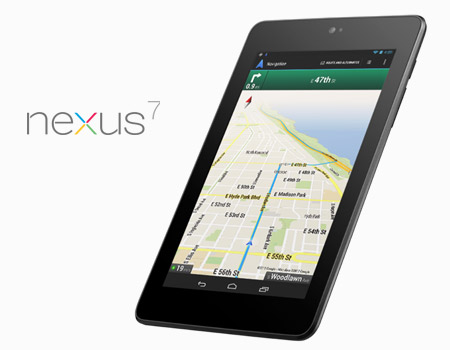 Even before Google and Asus could spill the beans concerning the 8GB Nexus 7 in India, a bunch of online outlets have listed the tablet starting at a price of Rs 17,213. It is Indiatimes Shopping which has pinned the device with this amount, whereas HomeShop18 has displayed it with two different retail tags. While the gadget has been stapled to a label reading Rs 18,522 on one page, it is worth Rs 17,884 on another.

Even though unofficial, the asking amount may prove to be a drawback for the 8GB Google Nexus 7 in the country, considering that the Play store has made the 16GB model available at a relatively lesser amount. Also, buyers could toss in a few extra bucks to benefit from 32GB of inbuilt memory. 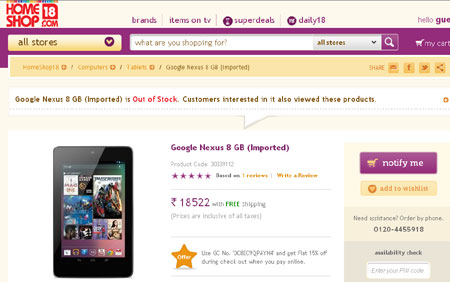 Nevertheless, both e-retailers seem to have no units of the slate in their possession at present, nor have they spoken of an expected date for the first stock’s arrival. Saholic is yet another e-store which has displayed the device on its website, but unlike the other outlets it hasn’t mentioned anything in terms of the tablet’s MRP.

The 7-inch slab is home to a backlit IPS touch display packing a 1280 x 800 pixel resolution. Sharing space with this screen is a 1.2MP camera which happens to be the sole source of imaging on the device. The slate gains impetus from a quad core Nvidia Tegra 3 chipset which has been clocked at 1.3GHz. 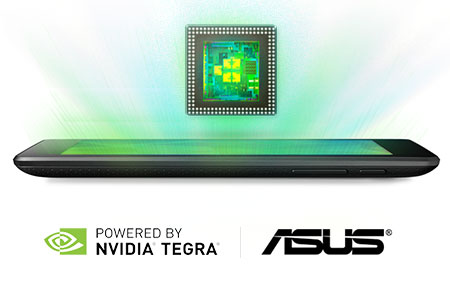 As for the memory, users will have to make do with 8GB of flash storage as the gadget offers no scope for further expansions, just like its siblings with greater hoarding space. Additionally, it finds itself embedded with 1GB of DDR3 RAM and a generous 4,325mAh Li-polymer battery hides under the hood.

Although the 8GB Nexus 7 in India has been put up without any release date information, interested parties who are willing to pay the said price, can request the aforementioned e-commerce web portals to notify them when the first stock surfaces.