$88 Wtab 7.2 tablet launched in India, brings ICS to the table 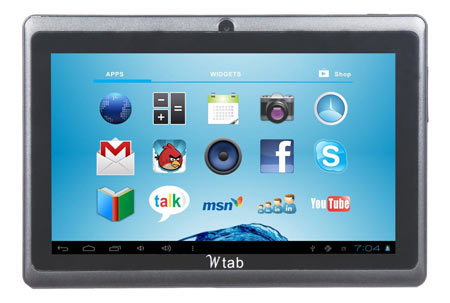 For those who think the Matrix One is the least expensive ICS tablet they’ve bumped into lately, the $88 Wtab 7.2 has been launched in India. Manufacturer, Champion Computers, calls it ‘an excellent value for money product’ sitting on the sub-Rs. 5,000 shelf.

As far as specs go, everything we could expect from a relatively inexpensive Android slab of its caliber is in place. There’s a 7-inch 5-point capacitive touchscreen stretched across the front panel as well as a 1.5GHz Cortex A8 CPU. Also, somewhere on the bezel sits a camera for making those video calls, fixing the makeup and what not. The G-sensor hiding beneath the hood is meant to offer comfortable handling of the slab, whether users are lolling in a couch or sitting at a desk.

Kapil Wadhwa ,MD, Champion Computers, remarked while talking about the launch, “The market today is flooded with cheap tablets with questionable quality. Our strategy is not to launch the cheapest tablet but an affordable device with quality and superior performance that delights customers. A lot of tablets today face 3G dongle- tablet compatibility issues. Champion provides its own brand of dongles ‘WConnect’ which is 100 % compatible with the Wtab 7.2, making the life of customers convenient.” 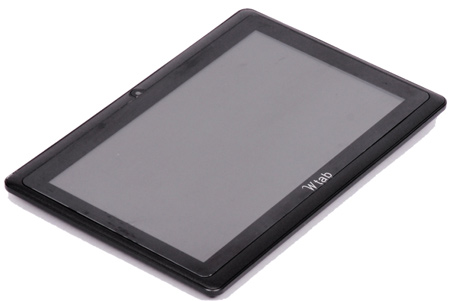 Those chewing over this ICS option will only have 4GB onboard memory to choose from, though the hoarding space can be expanded to a maximum of 32GB owing to the integrated memory card slot. The tablet tips the scales at 320gm and renders up to 4 hours of battery life. Additionally, there’s 3G dongle support for staying connected while on the go.

The Wtab 7.2 price is Rs. 4,899 and it can be grabbed through CE stores, online retailers and Champion Computers’ channel partners in India. The company backs the device with one year of warranty.